Radiation levels are up and our satellite is down

Last September, NASA launched the QuikTOMS satellite to keep a close eye on Earth's ozone layer. But a rocket malfunction 83 seconds into the flight sent the spacecraft into a useless orbit and threw scientists into a small panic. They now have to rely on increasingly shaky data from QuikTOMS's aging predecessor, the 6-year-old TOMS (Total Ozone Mapping Spectrometer) satellite, to monitor the battered ozone shield that protects us from harmful ultraviolet rays.

Ultraviolet is similar to visible light, but its wavelength is shorter. The band of ultraviolet rays having wavelengths from 400 to 320 nanometers—just beyond the blue end of the rainbow—is called UV-A. This radiation, which easily penetrates our atmosphere, is increasingly linked to malignant melanoma. Next comes UV-B, running from 320 to 280 nanometers. It produces sunburn and skin cancers but is restrained by the ozone layer. The most energetic ultraviolet radiation, UV-C, has the shortest wavelengths, extending down about 100 nanometers. Earth's atmosphere blocks UV-C so well that only one photon of it makes it to the ground every million years.

Most radiation longer than ultraviolet—visible, infrared, radio—is too weak to meddle with the atomic bonds in molecules. But ultraviolet is potent enough to trigger the chemical transformations that lead to mutations and gene defects. About 1 percent of all the rays hitting a sunbather is ultraviolet light—about a million trillion photons per second, most of them carrying enough energy to change the DNA of a cell. 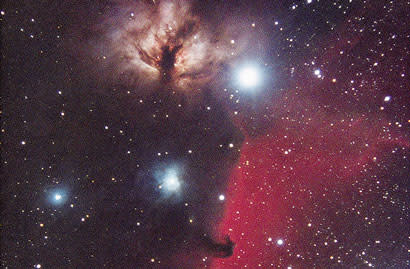 This global ozone map, compiled from satellite and ground data, shows the health of the ozone layer on November 12, 2001. There is a serious depletion of the UV-absorbing gas over Antarctica (purple) as well as a transient thinning over eastern Europe (dark blue).Image courtesy of Environment Canada/World Ozone and UV Radiation Data Center

Epidemiologists have found that every 1 percent increase in lifetime exposure to ultraviolet light produces a 1 percent hike in the risk of melanoma. And it's hard to escape the UV. Hiding under a beach umbrella is an imperfect solution: One-third of the ultraviolet scatters in the atmosphere and comes at you sideways. Snow reflects about 80 percent of incoming ultraviolet light, burning skiers who forget to wear protection. Grass reflects just 3 percent, but summer picnics take place under the harsh summer sun. Better to be outside on a winter day (hold the snow) when the sun is low in the sky, cutting UV-A levels in half and chopping UV-B rays by 80 percent. Or watch the world behind a closed window: Glass stops UV-B cold.

Earth's frontline barrier against UV-B is ozone, a molecule made of three linked oxygen atoms. The ozone layer in the stratosphere is so skimpy that if all of it descended to the surface, it would be only as thick as two pennies. The layer has grown even thinner, largely due to ozone-destroying chemicals such as CFCs and halons. Ultraviolet levels have risen markedly in the past 20 years, especially near the poles. "In temperate countries, the greatest ultraviolet increases—up to 5 percent a decade—are in areas above latitude 35," says atmospheric physicist Jay Herman at NASA's Goddard Space Flight Center in Greenbelt, Maryland. These areas include Europe, Canada, and most of the United States.

Goddard atmospheric physicist Paul Newman says ozone over the Antarctic is completely gone in winter months between 8 and 13 miles above the ground. "The situation hasn't really changed since the ozone hole reached its worst in 1993. You could say it has stabilized, because ozone is zero in those regions and can't get any lower," he says.

Although the worst ozone-depleting chemicals have been banned, scientists predict the ozone layer will take about 50 years to heal; meanwhile, UV levels continue to rise. NASA is scrambling to assemble a replacement satellite to track the changes. The rest of us can only watch and, unlike mad dogs and Englishmen, stay out of the midday sun.

View a map of the ozone layer by location and day: exp-studies.tor.ec.gc.ca/cgi-bin/selectMap. To learn about TOMS, see the NASA site toms.gsfc.nasa.gov/index.html.