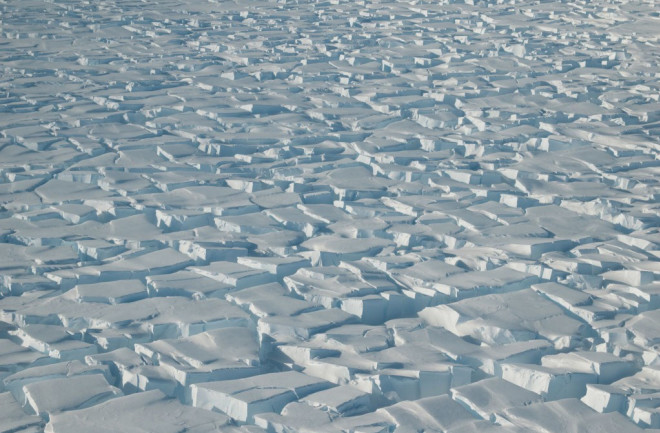 Climate change is melting the West Antarctic Ice Sheet. A recent swell in warm ocean water on the western side of the continent is eating away at two predominant glaciers, Pine Island Glacier and Thwaites Glacier. And the retreating glaciers mean the entire larger ice sheet could disintegrate, leading to a 10-foot rise in sea level around the world. This surge in water levels imperils major coastal metropolises from New York City to Tokyo.

Now researchers from the Potsdam Institute for Climate Impact Research are proposing an utterly extreme approach to this extreme problem. They say humanity could convert massive quantities of ocean water into artificial snow to save the icy continent. The feat would require “an unprecedented effort for humankind in one of the harshest environments on the planet,” the team writes Wednesday in the journal Science Advances.

“The fundamental trade-off is whether we as humanity want to sacrifice Antarctica to save the currently inhabited coastal regions and the cultural heritage that we have built and are building on our shores,” he added “It is about global metropolises, from New York to Shanghai, which in the long term will be below sea level if nothing is done.”

To see if there was a way to stave that off, the researchers created a model that would stabilize the ice sheet. They found it would require pumping a whipping 62 to 875 gigatonnes of snow onto the ice sheet over something like 10 to 50 years. For comparison, the volume of Mount Everest is about 150 cubic kilometers, which means if it were made of water, its volume would be about 150 gigatonnes. The snowfall would add 625 to 18,750 gigatonnes of ice – or as much as 125 Mount Everests – to the continent.

“We find that an awful lot of snow can indeed push the ice sheet back towards a stable regime and stop the instability,” glaciologist Johannes Feldman, lead author of the research said in the press release.

To do so, the researchers say humanity could pumping water out of the ocean with energy provided by more than 12,000 wind turbines, converting it to snow and blasting the several hundred billion tons of it through snow machines over a few decades.

“We are fully aware of the disruptive character such an intervention would have,” Feldmann said. They are also aware of the challenging, if not impossible, nature of the task.

“Further, the harsh Antarctic climate makes the technical challenges difficult to anticipate and hard to handle while the potential hazardous impacts to the region are likely to be devastating,” he added.

But the researchers indicate desperate times may call for desperate measures. “The apparent absurdity of the endeavor to let it snow in Antarctica to stop an ice instability reflects the breath-taking dimension of the sea-level problem,” Levermann said.

“Yet as scientists we feel it is our duty to inform society about each and every potential option to counter the problems ahead. As unbelievable as it might seem: In order to prevent an unprecedented risk, humankind might have to make an unprecedented effort, too.”