Researchers engineered a strain of E. coli bacteria that can consume carbon dioxide and turn it into energy. The synthetic life-form could someday help combat climate change. 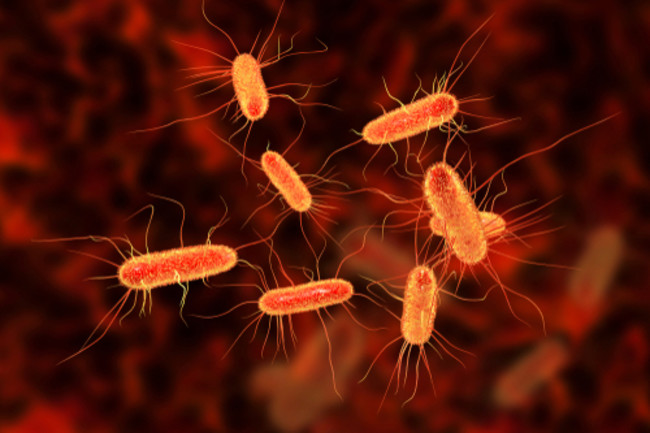 Scientists converted a strain of E. coli bacteria that is capable of eating carbon dioxide for energy. (Credit: Kateryna Kon/Shutterstock)

Even with growing awareness of climate change, global greenhouse gas emissions are still climbing. And, in recent years, scientists have worked to apply advances in synthetic biology — the application of engineering principles to the study of organic life — toward some of our most pressing environmental challenges.

Researchers hope to tap synthetic life-forms to convert atmospheric carbon dioxide, or CO2, into food, fuel and organic chemicals that humans can use. But many previous attempts, like a 2016 effort to synthesize sugar from CO2 in bacteria, have seen limited success.

In a study published Wednesday in Cell, researchers from the Weizmann Institute of Science in Israel reported that they created a strain of the bacteria Escherichia coli, or E. coli, that eats CO2 for energy rather than organic compounds like sugars and fats.

And while the study comes with a major caveat — the process currently produces more CO2 than it consumes — the research team hopes their work can provide a foundation for carbon-neutral energy sources in the future.

Broadly speaking, living creatures are split into two types of organisms. There are autotrophs, like plants, which create their own food from inorganic materials like light and carbon dioxide. And there are heterotrophs, like animals and some forms of bacteria, which rely on gobbling up other organisms and organic compounds to survive. Autotrophs make up the majority of Earth’s biomass — and they contribute to many of our sources of food and fuel.

In synthetic biology, scientists have been striving to create heterotrophs, like E. coli, in the lab. Their aim is to produce a strain of bacteria capable of eating inorganic substances for energy.

In other words, to turn a heterotroph into an autotroph for the purpose of consuming CO2.

The research team noted that they wanted to convert E. coli’s food from sugars to CO2 to help create more sustainable sources of food and fuel — and potentially curb the impacts of global warming caused by carbon dioxide emissions.

The research team created a strain of the E. coli bacteria that could eat carbon dioxide for energy. (Credit: Glezier et al.)

In the study, the scientists describe how they were able to rewire the bacteria’s metabolic processes to produce all of its mass from CO2. Over several months, they gradually evolved the strain to make the bacteria more dependent on carbon dioxide, rather than sugars, for growth.

“Teaching a gut bacterium to do tricks that plants are renowned for was a long shot,” said Shmuel Gleizer, the study’s first author and a researcher at the Weizmann Institute of Science, in a press release. “In addition, seeing […] the relatively small number of genetic changes required to make this transition was surprising.”

But they acknowledge the study’s biggest limitation. Mainly, that the engineered bacteria spews out more CO2 than it eats up. They also note that more research is required to see if it’s possible to scale the approach for widespread, industrial applications.

In the future, the research team hopes to harness electricity as an energy source, thus eliminating the excess release of CO2. For now, the researchers described the study as a “stepping stone” towards more sustainable types of production.