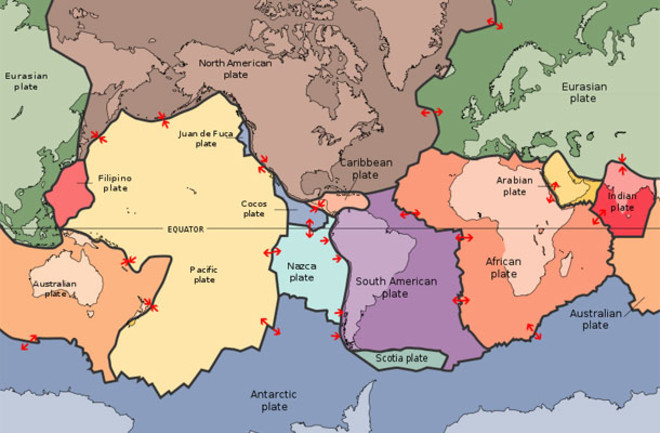 What’s the News: Geologists have known for years that tectonic plates affect climate patterns. Now they say that the opposite is also true, finding that intensifying climate events can move tectonic plates. Using models based on known monsoonal and plate movement patterns, geologists say that the Indian Plate has accelerated by about 20% over the past 10 million years. “The significance of this finding lies in recognising for the first time that long-term climate changes have the potential to act as a force and influence the motion of tectonic plates,” Australian National University researcher Giampiero Iaffaldano told COSMOS.

Not So Fast: These geologists are looking at time patterns on the order of millions of years, so you don’t have to worry about global warming causing stronger earthquakes (unless you plan on living that long).

The Future Holds: Next up, the geologists want to see whether climate has a similar effect in other regions, such as the Andes and the Rocky Mountains.