As our world faces unprecedented change, researchers are working on figuring out what our future holds. 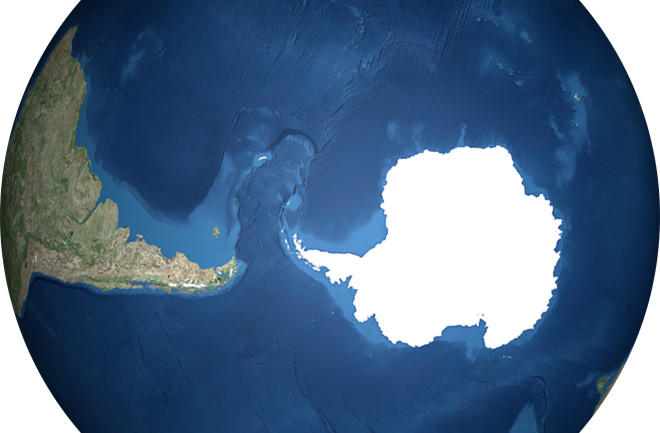 There’s still a window to alter course on climate change, but it’s small. And what we decide to do in the next decade could make all the difference. That’s the sobering takeaway from an assessment of Antarctica published in Nature in June, claiming to offer the most complete picture yet of the continent’s ice sheets. Meanwhile, another international team of scientists found that Antarctica has lost 3 trillion tons of ice since 1992, causing a roughly 8-millimeter rise in sea level, or about a third of an inch. If we continue our current carbon emissions, Earth could eventually see a 150-foot rise in sea level from Antarctica’s remaining ice when it melts. The findings come as climate scientists prepare to deploy new instruments on land, air, sea and space to poke and prod Earth’s climate system in the years ahead.

When the Larsen C Ice Shelf calved in 2017, it revealed a marine ecosystem that has evolved, hidden from light, for the past 120,000 years. The first expedition to study how this ecosystem responds to dramatic environmental change set off in February.

Western Antarctica’s glaciers have been melting at an accelerating rate since the 1990s, and the remote Florida-sized Thwaites glacier is one of the least stable on the continent. Creating better predictions for how much, and how fast, Thwaites might collapse, is an international priority. So, in April, research agencies in the U.S. and U.K. announced a roughly $50 million, five-year collaboration to get a better picture of how this ice may behave in the coming decades.

As ice melts in western Antarctica, the bedrock below has been rising faster than predicted, a June Science study shows. The increase may be enough to slow some of the ice sheet’s future melting and, subsequently, sea level rise.

Until recently, scientists thought eastern Antarctica was relatively stable. But satellite data published in July show that two of East Antarctica’s glaciers have lost significant mass over the past 15 years, adding to the concern of sudden, rapid melting. These two glaciers — only a portion of the eastern ice sheet — hold enough ice to cause 16 feet in sea level rise.

Antarctica’s air could become windier and about 5 degrees Fahrenheit hotter over the next 50 years, according to a June Nature study. Its glaciers and ice sheets would thin — some collapsing entirely — and the ocean would become less salty and oxygenated, with a lower pH. And the sea level could rise nearly a foot, flooding coastal cities.

Eyes in the Skies

New satellites launched this year will provide data about Earth’s water and ice. In September, NASA launched the Ice, Cloud and Land Elevation Satellite-2. Using laser pulses, ICESat-2 will measure changes in Earth’s ice over the next three to seven years. And on May 22, NASA’s latest GRACE spacecraft — a “follow on” to the original Gravity Recovery and Climate Experiment — launched to monitor Earth’s water, from underground stores to oceans and ice.

Ever since plastics rose to popularity in the 1950s, they’ve become an integral part of our lives, reshaping everything from transportation to health care and construction. They’ve also become a persistent pollutant. Some 18 billion pounds of the stuff winds up in the world’s oceans each year.

Governments and businesses alike are taking action, however. Following California’s 2014 statewide ban on single-use plastic bags, cities across the country have now followed suit. And in Kenya, a year-old crackdown — with fines or prison time for plastic bag use — has been so successful that other African nations are considering similar laws. Even the U.K. and European Union moved toward future single-use plastic bans. Cities from Seattle to Miami Beach and corporations like Starbucks and Disney are proposing bans on, or phasing out, plastic straws.

The Maldives, a low-lying island nation in the Indian Ocean already feeling the effects of climate change, has mountains — of trash, including discarded plastics. The artificial island of Thilafushi was created in the early 1990s as a municipal landfill. (Credit: Mohamed Abdulraheem/Shutterstock)

But just as we’re becoming more aware of the plastic pollution problem, one of our existing solutions, recycling, got caught in a lurch. China takes in a huge portion of the world’s plastic waste — about 45 percent since 1992. But in mid-2017, China banned all imports of non-industrial plastic waste. Few countries, including the U.S., have the infrastructure or business models to process the 250 billion pounds of plastic that would have otherwise gone to China by 2030. Those governments are now chasing solutions.

Of course, China’s ban affects only a small portion of our plastic waste: Americans recycle just 9 percent of their plastics anyway.

A 2018 study in Science Advances charted the “business as usual” trend of a steady increase in the amount of global plastic waste shipped to China — and the dramatic effect of an import ban on the material, instituted in 2017, that is projected to leave 111 million metric tons of tossed plastic with nowhere to go by 2030. This chart shows the plastic waste imported by China (estimated cumulative total global amount.)

In May, an observatory in Hawaii measured Earth's atmospheric carbon dioxide levels at 411 parts per million — the highest monthly average ever recorded in modern times, and a level the planet hasn't seen in 800,000 years.

The Atlantic Meridional Overturning Circulation (AMOC) moves streams of warm and cool water between the tropics and Greenland, helping regulate Earth's climate. These ocean currents slowed to a record low in 2018. Without a strong AMOC, we can expect more summer heat waves in Europe, sea level rise on the eastern U.S. and drought in Africa's Sahel, the continent's transition zone from Sahara to savanna.