Science Under Siege But Surviving — a Trump Timeline 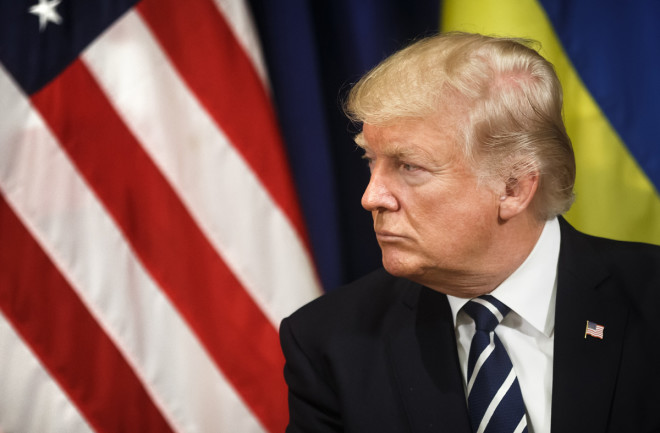 (Credit: Shutterstock) For many who value science, 2017 will be remembered as the dawn of a new era. January saw the inauguration of Donald Trump, a president who has denied climate change and filled his inner circle with anti-science activists. But the year was as much an awakening as an annus horribilis: Researchers and citizens alike, in the U.S. and beyond, chose to speak out at rallies, on social media and even in the political arena — unprecedented numbers of scientists are considering a run for office. In a year of surprises, setbacks and signs of hope, here are some of the most memorable and consequential moments from just the first several months of the Trump administration:

21: A day after taking office, President Donald Trump reportedly complains to the National Park Service about images the agency tweeted that compared inauguration crowd sizes in 2009 and 2017.

25: In response to a media blackout ordered for the Environmental Protection Agency (EPA), entities such as “AltEPA” and “RogueNASA,” ostensibly created by frustrated federal employees, begin posting climate change data

and other science-based information on social media.

to animal welfare reports on thousands of facilities, including research labs. 17: The Senate confirms Scott Pruitt as head of the EPA

, which calls for the review and rescinding of many environmental protections. 29: EPA head Pruitt rejects a planned total ban of the pesticide chlorpyrifos, going against the agency’s own chemical safety recommendations. A partial ban in 2000 prohibited most indoor applications of the pesticide, but it has continued to be used on farms, golf courses and other outdoor settings despite evidence of significant health risks.

5: The Council on Environmental Quality, part of the Executive Office of the President, withdraws guidance on climate change

, which was started in 2013 to establish closer ties between law enforcement and researchers. 22: A crowd of roughly 100,000 gathers to “March for Science” in Washington, D.C. Nearly a million more individuals participate in local events in all 50 states and on every continent

Activists rally during the March for Science April 22, 2017, in Washington, DC. Thousands of people joined a global March for Science with Washington the epicenter of a movement to fight back against what many see as an "assault on facts" by populist politicians. (Credit: Zach D Roberts/NurPhoto via Getty Images) 24: President Trump urges NASA to send a manned mission to Mars despite his proposal to cut the space agency’s budget. 28: The EPA removes climate change dat

of a key scientific review board. 18: Under Ajit Pai — who was appointed chairman by Trump — the FCC votes to begin dismantling net neutrality

safeguards that were put in place in 2015. The decision opens the door to internet service providers controlling which sites consumers access. 23: A proposed budget released by the White House slashes funding

for both the EPA and FDA by 31 percent. The Centers for Disease Control and Prevention (CDC), Department of Energy and the National Institutes of Health would also see significant cuts.

1: The president announces plans to withdraw

the U.S. from the Paris Climate Agreement.

In 1992, some 150 countries signed the U.N. Framework Convention on Climate Change (UNFCCC) with the goal of flat-lining greenhouse gases. At the time, the 1987 Montreal Protocol had already kick-started the healing of the ozone hole, so scientists expected the UNFCCC would succeed, too. However, emissions continued to increase. In late 2016, nations of the world convened again. Their optimistic goal: keep global warming below 1.5 degrees Celsius to avoid doomsday scenarios of rising seas, widespread droughts and melting ice. That would mean zero greenhouse emissions by 2050 — an incredible feat. Every country but the United States has since ratified the Paris agreement. By June, reaching that goal seemed questionable after President Donald Trump announced the U.S. would withdraw, though pact rules dictate a four-year wait. European nations, plus China, are moving toward their goals regardless. And energy trends may help: Solar and wind power costs have plummeted, and carbon dioxide emissions in the U.S. have dropped amid shifts from coal to natural gas. — Eric Betz

offering foreign researchers French residency and four-year grants of up to 1.5 million euros (about $1.76 million). 22: The Department of the Interior ends endangered species protection for Yellowstone grizzlies

despite a two-year decline in the population, paralleling other administration decisions to remove protections for wildlife. 30: EPA head Pruitt declares

from nomination Nov. 2, after his name surfaces in an ongoing investigation into Russian influence on the Trump campaign.) 20: Six months into the administration, the president has yet to nominate candidates for a record number of key positions in science-driven government agencies such as the CDC and EPA.

that official emails, sent in the weeks after the inauguration to some USDA staff, advise use of terms such as “weather extremes” rather than “climate change.” 15: Trump signs an executive order removing requirements

for federal properties to withstand increased flooding and other climate change-related challenges. 21: The administration allows the charter for the National Oceanic and Atmospheric Administration’s climate change assessment advisory committee to expire

over the president’s decision to leave the Paris agreement and his response to a white supremacist rally in Virginia. Kammen’s letter of resignation includes an acrostic: The first letter of each paragraph spells “IMPEACH.” 24: The DOI announces plans to downsize three national monuments, including Bears Ears

in Utah, despite pleas from Native Americans, archaeologists and paleontologists to protect culturally and scientifically significant sites.

Bear Ears National Monument in Utah. (Credit: Shutterstock) 26: Hurricane Harvey, fueled by warmer-than-average water in the Gulf of Mexico (a climate change byproduct), dumps record-setting amounts of rain on Texas. Afterward, EPA head Pruitt calls reports linking the event with climate change “misplaced.” 31: The DOI limits most environmental impact studies to a year in length and resulting reports to no more than 150 pages. The studies previously lasted for years and could run 1,000 pages or more.

for being a politician rather than a researcher. 29: The FDA delays required revisions to nutrition labeling by up to three years. The updates, which would have gone into effect in 2018, include more realistic portion sizes and the amount of added sugar in a product.

with a scathing message to Interior boss Ryan Zinke: "Retaliating against civil servants for raising health and safety concerns is unlawful.” For months, Clement had been publicly critical of his June reassignment to an accounting position, one of several such shuffles of high-level department staffers. He claimed the move was due to his position that climate change had significant negative impacts for Native American communities. The department’s inspector general is reviewing the legality of the reassignments. 4: The U.S. Fish and Wildlife Service declines to designate 25 species, including the Pacific walrus, as endangered

. The decision contradicts the agency’s own 2011 finding that threatened or endangered status protections for the walrus were warranted due to climate change’s impacts on its habitat. 10: The administration announces its intent to kill the Clean Power Plan, an Obama-era initiative to limit carbon dioxide emissions from power plants.

, the United Nations’ cultural and scientific heritage protection body, effective at the end of 2018. 31: EPA head Pruitt says he will bar any scientist who receives agency grants from serving on its advisory boards. The move, says Pruitt, is intended to eliminate potential conflicts of interest. In addition to removing individuals with relevant expertise from the boards, however, the ban opens the door for industry-funded researchers to take their place.

, part of a congressionally mandated assessment. The conclusion? Human activity is the dominant cause of climate change, which contradicts many Administration statements.