Roads Have Sliced the World Into 600,000 Pieces 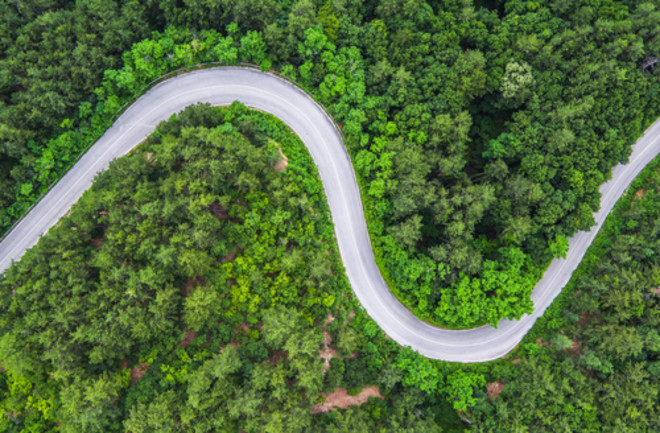 (Credit: Valentin Valkov/Shutterstock) Ever since our ancestors cut rough paths through the wilderness, humanity has been laying down trails. From footpaths to highways, a global network of roads binds communities and facilitates the exchange of goods and ideas. But there is a flip side to this creeping tangle of pathways: The roads that bring us closer also serve divide ecosystems into smaller parcels, turning vast expanses into a jigsaw of human mobility. In a study published last week in Science, an international team of researchers attempted to quantify the extent to which roads have sliced up the globe. They used data from OpenStreetMap, a crowd-sourced mapping project, to chart how much land is covered by roads. For the purposes of their project, they defined a roadway as everything within a kilometer of the physical road itself (studies have shown measurable impacts on the environment extending out at least that far). They estimated that roughly 20 percent of land is occupied by roads, not including Greenland and Antarctica. Although that leaves 80 percent as open space, this land is far from whole. Transected by highways and streets, the road-free areas are cut up into some 600,000 individual parcels. Half of these are less than a square mile, while only 7 percent span more than 60 square miles. The true impact of roads seems to be the gradual tessellation of once-cohesive landscapes.

Areas without roads are in blue, while areas in red have no roadless patches. (Credit: P. Ibisch et al/Science (2016))

Previous studies have shown that roads can have a deleterious effect on the environment. Roads require trees removal and landscaping, and the impacts extend for hundreds of feet to either side. Roads can prevent species from migrating, constrain gene flow in animal populations and shrink their range. They also contribute to soil erosion and the spread of contaminants, in addition to the added pollution from vehicles. In addition, roads open up previously untouched areas to further development. The largest untouched areas can be found in the Amazon, Siberia, northern Canada and the Sahara desert — places too inhospitable or impenetrable to make road-building worth it. By contrast, the U.S., Europe and Japan are veritably covered in roads, a product of expansion and economic development. In order to calculate the potential impact of future road-building, the researchers added an index of ecological worth to their map, and found that many roadless areas are also the most valuable. However, only about 10 percent of places without roads are also shielded from further development. This is because many of these areas aren't targeted for development due to their remoteness. Still, that leaves parts of the rainforest in Africa, the Amazon and south-east Asia, boreal forests further north and even portions of the Siberian tundra vulnerable to future encroachment. The researchers say that their data set likely understates the number of roads that exist right now; their data set was incomplete and new roads are being built all of the time. Furthermore, while the density of road-building is a decent proxy for human impact, we should remember that settlements in developing nations have far fewer roads, but can still pose environmental risks.