Wolves and beavers have key environmental impacts in the western U.S. Here is how researchers are working to reintroduce them. 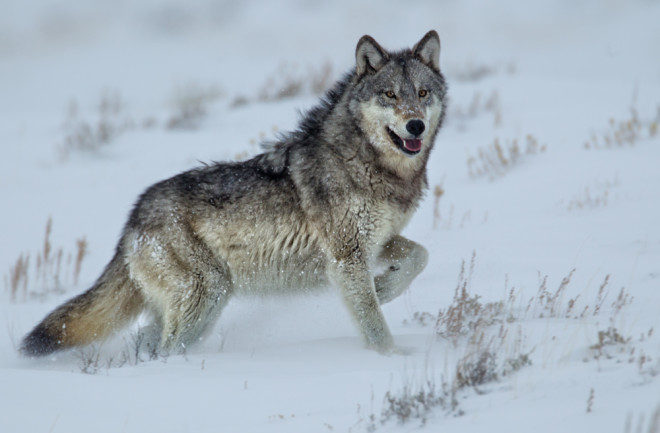 “Rewilding” areas of the western U.S. with gray wolf and beaver populations could help in ecological restoration efforts, according to researchers from Oregon State University (OSU). In the paper, “Rewilding the American West” published in BioScience, co-author, William Ripple, along with 19 other authors are suggesting using portions of federal land — like national parks and national forests — in 11 states to establish potential rewilding habitat for the gray wolf and the beaver.

There has been a sharp decline in both wolf and beaver populations in the western U.S. due to hunting. Beavers were also once abundant in the West, however, due to human trapping for their fur, beaver populations plummeted by 90 percent, according to a press release.

Ripple and the other authors have found 5,000 square kilometers (1930 square miles) of contiguous federal land that would accommodate a wolf habitat. The total area in all 11 states would be about 500,000 square kilometers (193,051 square miles). The states include Oregon, Washington, California, Nevada, Idaho, Montana, Wyoming, Colorado, Arizona, New Mexico and Utah.

“It’s an ambitious idea, but the American West is going through an unprecedented period of converging crises including extended drought and water scarcity, extreme heat waves, massive fires and loss of biodiversity,” says William Ripple, co-author of the study and professor of ecology in the OSU College of Forestry, in a press release.

“Still, the gray wolf’s current range in those 11 states is only about 14 percent of its historical range,” says co-lead author Christopher Wolf in a press release. “They probably once numbered in the tens of thousands, but today there might only be 3,500 wolves across the entire West."

A reduced beaver population means that certain ecosystem services are going unprovided, the authors say in a press release. When beavers build dams, they help enrich the ecosystem for fish, retain water and sediment and ensure water continues to flow, even during a drought. They help improve water quality and overall make the ecosystem more habitable for plants and animals, according to a press release.

“Beaver restoration is a cost-effective way to repair degraded riparian areas,” says co-author Robert Beschta in a press release. “Riparian areas occupy less than 2 percent of the land in the West but provide habitat for up to 70 percent of wildlife species.”

Wolves also play a part in maintaining the ecosystem. According to Yellowstone National Park, the reintroduction of wolves helped curb the elk population, allowing for the regrowth of willow and aspen trees. They also ward off coyotes, which could benefit birds of prey and other small predators, like the fox. The study authors say in a press release that wolves may help facilitate the regrowth of certain vegetation, which supports diverse plant and animal communities that are declining in the West.

The paper lists 92 endangered or threatened plant and animal species that have at least a 10 percent range inside of the suggested “Western Rewilding Network.” Researchers compared these species with the threat of human activity.

The researchers concluded that livestock grazing posed the biggest threat because it can cause wetland degradation, make it harder for trees like willows to grow and impact wildfire frequency. About 2 percent of grazing in the U.S. comes from federal grazing permits, the press release states.

“We suggest the removal of grazing on federal allotments from approximately 285,000 square kilometers (110,039 square miles) within the rewilding network, representing 29 percent of the total 985,000 square kilometers (380,310 square miles) of federal lands in the 11 western states that are annually grazed,” Beschta says in a press release. “That means we need an economically and socially just federal compensation program for those who give up their grazing permits. Rewilding will be most effective when participation concerns for all stakeholders are considered, including Indigenous people and their governments.”