Photographic do-overs are showing scientists the ways our world is changing. 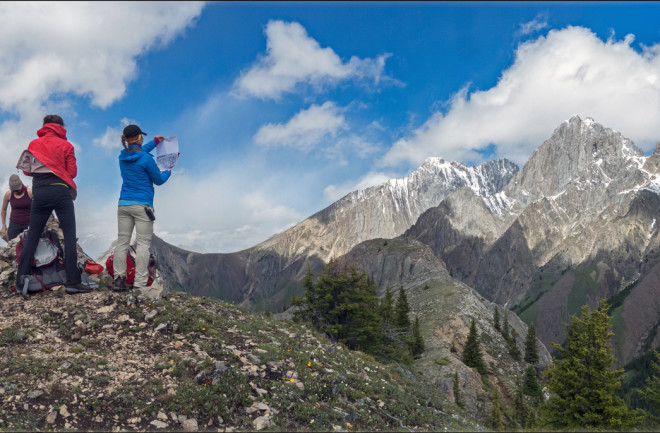 Jasper National Park sprawls over 4,200 square miles of the Rocky Mountains in Alberta. Celebrated for its forests, glaciers and backcountry trails, the Canadian park also hosts retail outlets and franchise restaurants catering to crowds of tourists. Starting in the mid-1990s, as development accelerated and traffic soared, University of Alberta researchers set out to study how best to restore the natural environment. They soon realized they knew little about the park’s original conditions.

Luckily, a warden had just discovered a stash of 735 black-and-white photographs stored in an old basement. The pictures were taken in 1915, less than a decade after the park’s founding. “We realized they were something special,” recalls University of Victoria ecologist Eric Higgs, who led the restoration’s research effort while at Alberta. “Clearly it wasn’t a personal album.” Grouped by location, and facing in all directions, the pictures appeared to be the product of a long-forgotten survey.

Higgs and graduate student Jeanine Rhemtulla, now at the University of British Columbia, decided to see if they could find the original vistas, hoping to compare the images with the views today. To facilitate the process, they found a surplus large-format film camera and took the photos anew. With practice and persistence — and frequent lifts from friendly helicopter pilots — they replicated the survey over two summers. Careful analysis by Rhemtulla revealed that forest cover had become denser and more homogenous. Jasper had changed over the years, with implications for habitat and fire susceptibility, and the Alberta team couldn’t have found out any other way.

Higgs didn’t know it at first, but he’d stumbled onto a research technique called repeat photography, which dates back more than a century. The work at Jasper would actually go on to produce one of the largest repeat photography initiatives on the planet, known as the Mountain Legacy Project.

Repeat photography began in the 1880s, less than half a century after photography was invented. The technique was first enlisted to monitor annual changes to alpine glaciers and to document the growth of plants, enhancing observations for which drawings or written notes previously would have been used.

But it took until the late 1950s for the true potential of repeat photography to emerge, when two scientists at the University of Arizona set out to study the ecology of the Sonoran Desert. Because they wanted to understand large-scale change over the long term, including how decades of agriculture had affected biodiversity, simply taking multiple pictures over time at a single site wasn’t enough: They needed photos going back to before they were born.

So instead of beginning their research outdoors, bioclimatologist James Hastings and botanist Raymond Turner started working in library archives, retrieving Sonoran Desert photographs from as early as the 1880s. Some pictures were taken for scientific purposes, others for surveying or for documentation of the landscape. After rephotographing 300 sites over 1 vertical mile of land, they published The Changing Mile, a book that not only transformed knowledge of the desert but also alerted other scientists to the value of historical imagery.

“Once you start looking at old photographs, you look at things a whole different way,” says Robert Webb, a retired U.S. Geological Survey hydrologist and repeat photographer who worked closely with Turner on a second edition of the book, published in 2003. “You start to realize there’s a whole other dimension, which is time, and it makes you recognize that there’s a dynamism to these systems.”

The Canadian Rockies; Opabin Peak and surroundings, in 1908 and 2012. (Credit: The Mountain Legacy Project)

Because such change is universal in the natural world, and because photography is now 180 years old, recapitulation of historical photographs has gained traction in many fields. Webb has used old photos to study the behavior of waterways such as the Colorado River and to see how vegetation has changed in the Grand Canyon. Others have investigated the breakup of polar ice sheets and the retreat of Alaskan glaciers in the wake of climate change.

“Repeat photography is very different from many scientific techniques because it can not only be used to answer a number of research questions, but can also generate a lot of research questions,” says Webb. With a location, an archive and a camera, researchers expose themselves to whole new realms of inquiry.

After two summers of scrambling around Jasper National Park, Higgs thought he was finished with cameras and mountaineering in 1999. As an ecologist, he appreciated repeat photography — even more so as he learned about Webb, Turner and his other predecessors — but he was eager to return to his everyday work on ecosystem restoration. It was an accident of history that pulled him back into the archives and led him to found the Mountain Legacy Project.

Unlike most of Europe and the U.S., Canada was still largely terra incognita in the late 19th century. Eager to build railways opening up the land to mining and settlement, the government sought to map thousands of miles of rugged terrain at an unprecedented rate. Laying down chains to measure distance on the ground — the standard surveying technique of the period — was far too laborious, and it was practically useless for plotting elevation in a mountainous region. As the government grew impatient, a surveyor named Edouard Deville proposed trying out a method invented in his native France: With the help of an optical device called a theodolite, which measures angles, a surveyor could translate a comprehensive set of panoramic photographs into an accurate topographic map.

Deville and his successors succeeded, charting most of Canada between the 1880s and the first decades of the 20th century. Once their maps were complete, the photos were no longer needed. The heavy glass-plate negatives were set to be destroyed, but they ended up misfiled in an Ottawa warehouse (perhaps intentionally diverted by a far-sighted civil servant). Higgs’ grad students found them while investigating gaps in the Jasper prints, exploring equivalent photos from a neighboring park. The whole collection numbered 120,000 images, neatly preserved in 300 large boxes.

Higgs couldn’t let the opportunity pass him by, and he immediately started retaking some of the photos. “We’ve done around 8,000 repeat images over the past 20 years,” he says. The large-format film camera has been retired, supplanted by digital photography. Google Earth and GPS technologies get the photographers to the right spot, typically within a meter of where the original surveyor once looked through his lens. On the ground, the rephotographers — mostly students now — often see remnants of the original surveys, including fabric from century-old flags.

Yet even with modern technology, Higgs says it’s common to experience “repeat photography vertigo, where you’re standing in a location and you’re pretty sure you’re in the right location, but nothing looks the same.” In some cases, the overgrowth is so extreme that the view is blocked, or the spot itself proves inaccessible.

It soon became clear that the growing density and homogeneity of mountain forest isn’t unique to Jasper. Higgs believes the mosaic of older and newer growth seen in the early survey photos is likely a combination of natural climate effects as well as fire management practices by indigenous peoples.

“We’re looking at how we might partner with indigenous communities to bring some of these patterns back to the landscape,” he says. More broadly, he and his colleagues are attempting for the Canadian Rockies what Hastings and Turner originally sought to achieve in the Sonoran Desert: studying whole ecosystems with open minds. In some cases, they’re finding surprises — such as new biodiversity taking root around abandoned mountain coal mines — prompting studies that might otherwise never have been imagined.

“Repeat photography has really informed how I think about the nature of change,” says Higgs. “It’s made me think about how and why we restore, and what that’s going to look like in a changing world.” More than just a window to the past, repeat photography provides a lens through which to scope out the environment of the future.

Jonathon Keats is a contributing editor at Discover. This article originally appeared in print as "Practice Makes Picture Perfect."

Editor's Note: A previous version of this story incorrectly listed the title of a book of Sonoran Desert photographs. It is called The Changing Mile.