Checking in on plans to restore the body of water before it disappears entirely. 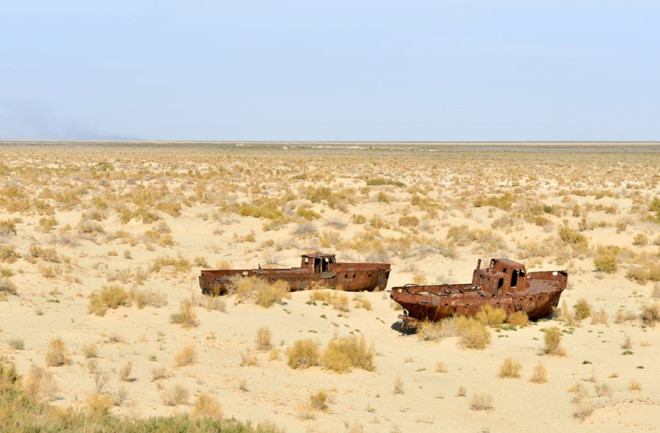 More than a decade ago, Discover reported on an $85 million project to restore what was formerly one of the world’s biggest inland bodies of water: the Aral Sea.

An oasis on the Silk Road trading route, the sea once covered more than 26,000 square miles across the heart of Central Asia, including parts of Kazakhstan and Uzbekistan. This all changed in the 1950s, when a Soviet irrigation project diverted river water to rice and cotton fields miles away. The system leaked, and the sea began to dry up. By the 1990s, the Aral had shrunk to less than half its former size and was dangerously salty. It was no longer one body of water, but two lobes: a smaller North Aral Sea in Kazakhstan and a larger South Aral Sea in Uzbekistan. The region’s fishing industry collapsed, and many residents fled.

The Aral Sea has shrunk dramatically just since 1960, but it's showing signs of recovery, thanks to a concerted effort to restore it. (Credit: NASA Earth Observatory)

In 2001, the World Bank teamed up with the oil-rich government of Kazakhstan, pumping millions of dollars into a reconstruction effort for the northern lobe, via local rivers. The project, Discover reported in 2006, “has reconstructed nearly 60 miles of canals, sluices, and waterworks, dramatically improving water distribution in Kazakhstan. The river flow now efficiently irrigates fields … and runs into and rejuvenates the dried-up Aral Sea.”

In the 12 years since that story was published, water levels in the north lobe have risen by nearly 7 feet, salinity has stabilized and many species of fish have returned. “The fisheries there are doing very well,” says Philip Micklin, a geographer emeritus from Western Michigan University who has studied the Aral Sea for decades and was featured in the original article. Since the restoration project began, he says, the North Aral Sea region has seen “a huge improvement to the economy and standard of living.”

But the future of the South Aral Sea, with no major institutional support, is hazier. Its eastern basin dried up completely in 2014, and while it partially refilled in August 2017, Micklin says this was a temporary, seasonal change due to heavy rainfall. With Uzbekistan currently drilling for oil and gas beneath the bone-dry bottom of the former sea, and local farmers still desperate for their own water, it’s unlikely the southern sea will expand. Still, some efforts to restore wetlands around the South Aral Sea have been successful.

Overall, Micklin is certain the sea will endure. “The suggestion that the Aral Sea would ever disappear completely is simply nonsense,” he says.