Prehistoric Atlantic Ocean Was Twice As Salty As Today 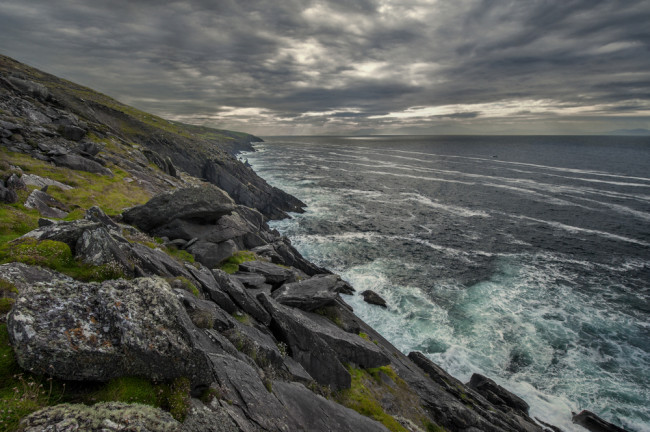 It's been 35 million years since a large meteorite slammed into the Earth, cracking bedrock beneath what is now the Chesapeake Bay. The impact left pores that collected groundwater from beneath it. Now researchers have dated that water to between 100 million and 145 million years old, and report

that it's twice the salinity of modern sea water. Salinity levels of ancient oceans tend to be estimated indirectly from geochemical, isotopic and palaeontological analyses of solid materials in deep sediment cores. These analyses had hinted that groundwater beneath the Chesapeake was highly saline. Now for the first time scientists have extracted and tested the ancient water directly. They collected water from core samples taken from more than a mile deep by using a centrifuge to extract the liquid.

Chemical tests on the water indicated it had been undisturbed for 100-145 million years---making it a direct remnant of Early Cretaceous North Atlantic seawater. It's the oldest "sizeable" body of seawater yet discovered, according to the USGS

. The research appears today in

Nature. However the water wouldn't have been preserved all these years if it weren't for a fortuitous meteorite impact, NBC News explains

Ordinarily, water from such underground reservoirs drain away through underground channels, but a meteorite that crashed into the Chesapeake Bay 35 million years ago “broke up the plumbing” that would have flushed the pool out, Ward Sanford, a hydrologist at the United States Geological Survey, who was part of the drilling team, told NBC News.

Soon after, however, the North Atlantic Ocean lost its super-salinity---leaving just this pocket of evidence---according to LiveScience

Sanford and his colleagues suggest that by the start of the late Cretaceous Period, roughly 100 million years ago, water in the widening North Atlantic Ocean was more diluted, with salinity levels that are similar to that of modern seawater.