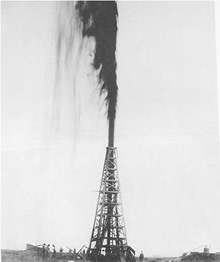 As John McCain and Barack Obama aim for the White House, the fights over experience and age, the war in Iraq and terrorism, and the economy and budget-balancing drag on. But whenever a serious science and technology debate comes up —including education, medicine, and energy—we here at DISCOVER perk up. Even if that debate is being furthered by Paris Hilton. Granted, the point of Paris’ most recent (and perhaps only) talk about energy policy on funnyordie.com is not to start an energy debate that has teeth, but to make a humorous entry into presidential politics with faux-serious solutions. If this is an effective way to get people to discuss energy policy—an admittedly wonkish and often boring topic—so be it. And now, let's discuss Paris Hilton’s “energy plan.” First of all, Hilton is taking on oil, not energy. She is not discussing nuclear, coal, wind, or solar—just the stuff that is turned into plastic water bottles, heats our homes, and makes cars go "vroom". So this is not a comprehensive energy plan, but a look at lowering gas prices and shedding dependence on foreign oil. To accomplish this, says Hilton, we must first immediately “do limited offshore drilling with strict environmental oversight.” And here the problems begin. No one thinks that offshore drilling can happen overnight. The DOE estimated that if the drilling moratorium was lifted in 2007, it could take until 2030 for “a significant impact on domestic crude oil and natural gas production or prices” to occur. Even if we found a way to speed this up, there is also currently a world-shortage of drill-ships—which, according to the New York Times, are booked for jobs around the world for the next five years. In short, offshore drilling is a 20-plus-year plan. The temporary quick fix that Paris is looking for would more likely come with successful bartering with OPEC, or tapping into our 700-plus million barrels of U.S. oil reserves, an idea proposed by Barack Obama that raises some energy security concerns and still might not significantly lower prices at the pump. So while this “quick-fix” to oil is happening, says Paris, we give Detroit tax incentives to make hybrid and electric cars. “That way the offshore drilling carries us [obviously not; see above] until the new technologies kick in," says Paris, "which will then create new jobs and energy [actually, oil] independence.” It seems Paris has tripped upon a promising idea here. Tax incentives to promote hybrid and electric cars to speed up a much-needed fleet changeover from inefficient SUVs and trucks to carbon-friendly, gas-sipping hybrids is a plan that has been much discussed by policy makers, and even some parts of the auto industry are rooting for them. Of course, setting higher fuel standards can have a similar effect without the cost to taxpayers, forcing automakers to pull marketing dollars away from inefficient gas guzzlers in order to push hybrid and electric vehicles as the U.S. fleet transitions. Paris' "energy policy" thus ends here—with no talk of biofuels from algae and waste, the solar hydrogen economy, or natural gas to replace oil. And certainly no talk of wind power, fixing our faltering grid, solar farms, nuclear power, clean coal, and carbon sequestration. To give credit where it's due, the idea of having Paris address even only a bit of national energy policy is a respectable retaliation to an unauthorized cameo in a McCain attack ad. But next time, the script writers should do just a bit more digging and get their facts right. For a truly comprehensive, well-thought-out policy to spill from the mouth of the same heiress who sang "Stars are Blind"—now, that would be comic gold.