Low-tech adaptation strategies are helping people in developing countries cope with the dangers of a warmer world. 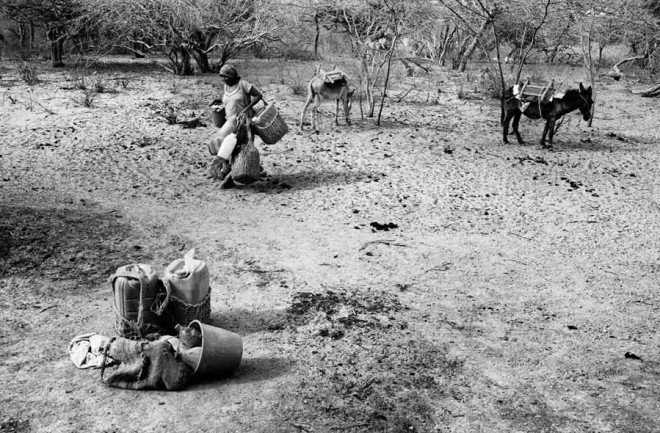 Freshwater has always been a precious commodity on Colombia’s arid Guajira Peninsula, but climate change is turning scarcity into crisis. Most of the region’s wells are contaminated by saltwater, forcing inhabitants to rely on rainfall for potable water. After three years of extreme drought, the people of the Guajira are still waiting for the rain to come.

Guajira’s water pinch is just one example of how a warming world is already hurting developing countries. And the worst is yet to come: As the global thermostat rises, extreme weather events such as droughts and floods will become more frequent and intense in many regions, the United Nations warns.

Developing countries stand to suffer the most from climate change — and they have the fewest resources to prepare for it. So inventors and engineers are devising simple and often inexpensive measures to help communities adapt to a climate-altered world. Here are five promising innovations, from the mountains of Colombia to the coastlines of Indonesia.

People cannot survive without water, yet more than 10 percent of the world’s population lacks sufficient access to it — a figure likely to grow as climate change alters weather patterns and worsens droughts. While most of the planet is covered by water, 96 percent of it is too salty to drink.

Removing salt from seawater is possible, but not always practical. Conventional desalination plants that employ reverse-osmosis technology, used since the 1960s, are pricey: The new Carlsbad desalination plant in California, which outputs 50 million gallons a day, cost $1 billion to build.

The high price tag makes traditional desalination plants unfeasible for many communities. But now they have a simpler, cheaper alternative: the aero-desalinator, which harnesses the wind to wring freshwater from the brine.

The aero-desalinator, invented by engineer Juan Carlos Borrero, hooks up a windmill to a standard well. Wind power provides the pressure necessary to suck the well’s saltwater through a series of filters and membranes laced with copper and silver ions to kill off any potential pathogens, rather than the more expensive chemical compounds used in reverse-osmosis plants.

As unfiltered water passes through the membrane, the positively charged ions react with a microbe’s negatively charged cell walls, rendering it unable to reproduce or absorb nutrients.

From there, the still-salty water is sucked through reverse-osmosis membranes permeable to water molecules but not salt ions. The final result: purified freshwater.

Borrero has five aero-desalinators operating in the Guajira region of Colombia and a government contract for 40 more.

Flooding is a fact of life for the 1,000 residents of Sempegua, in Colombia’s Zapatosa Marsh, where the Magdalena River routinely breaks its banks and inundates the entire town. For years, when floodwaters swamped the elementary school, dedicated teachers improvised classrooms in whatever spaces were available, including parks and private homes.

Ensuring all children in developing countries receive an education — key to breaking the cycle of poverty and underdevelopment — already is a daunting task. The risk of disruptions and damage to schools from extreme weather only adds to the challenge.

Thanks to two engineers from Colombia’s EAFIT University, Lina Marcela Cataño and Andres Walker, teachers in Sempegua and elsewhere can now focus on their students, rain or shine. Their solution? A floating school.

The school sits on level ground on a 3-foot-high foundation made of high-quality, light cement. During flooding, the waters rise up around the foundation, and when the water level reaches 2 feet, it begins to float. It’s Archimedes’ principle in action: The structure is held up by the very water it displaces, just like a boat. An anchoring system keeps the school from drifting away. When the floodwaters recede, the building settles back in its original location.

Several public and private entities are interested in replicating or repurposing the Sempegua project.

The mangrove forests along tropical and subtropical coastlines provide myriad benefits: They buffer against waves and wind, inhibit erosion, create habitat for wildlife and fish, and prevent saltwater intrusion into rivers and streams. Yet over the past 50 years, these ecosystems have begun disappearing as mangroves from Thailand to Jamaica are cleared for shrimp farming, logging and urban development.

Having lost the mangroves’ protective buffer, governments are looking for other ways to shore up the coasts. “Hard” engineering solutions such as dykes and seawalls are expensive and become less effective over time. Replenishing mangrove forests is ideal, but it’s no easy task: Young mangroves can’t colonize sediment that’s washing away.

The nonprofit group Wetlands International and Dutch research institute Deltares have created permeable dams to aid in mangrove restoration. The dams’ design mimics the latticed structure of mangrove root systems to reduce erosion and create a stable shoreline for the small trees to repopulate.

The dams are built on-site with local materials, such as bamboo and branches, and are planted 150 to 300 feet offshore. Unlike seawalls, the dams are permeable and have artificial “roots.” Water passing through the dam hits the roots, which deflect it, dissipating some of the wave’s energy. The dam’s successive layers of artificial roots deflect the wave again and again, decreasing its energy each time. The weakened wave that strikes land poses less risk to young mangrove trees.

The dams also can help expand existing mangrove forests. The mangrove-mimicking dams trap some of the sediment carried by the tide, accumulating on the landward side. As trees go, mangroves are aggressive; with soil to take root in, they rapidly colonize their reclaimed territory.

Wetlands International’s successful 0.62-mile pilot in Indonesia led to an expanded 12.4-mile initiative on the northern coast of Java. The dams are highly effective and durable, but poorer governments may need extra funding from private sources or international aid organizations to afford them. Cost aside, wetland experts caution that unless mangrove restoration is coupled with sustainable development in coastal communities, restoration work could be set back or undone.

An artist's rendering of the bioclimatic house. The house, on the Colombian island of San Andres, is specially designed to withstand hurricane-force winds, but it also features strategically placed vents to keep occupants cool year-round. (Credit: U.N. Development Programme)

The tropical storms that tear through the Caribbean routinely batter the Colombian island of San Andres, and the low-income residents of government-subsidized housing projects are among the hardest hit. The single-family structures are built with inexpensive poured concrete and can suffer heavy damage during extreme weather. They also retain heat. “They’re ovens,” says architect Claudio Varini.

The roof’s special design and full-slat storm shutters over the windows protect against hurricane-force winds. Each of the roof’s four slopes angles gently inward in a pyramid-shaped design. Since no side of the roof presents a vertical face, winds are deflected up and over regardless of the angle of attack. The storm shutters’ slats overlap to keep out both wind and rain.

To ensure comfort, architect Varini’s design turns the strength of the harsh equatorial sun to its advantage, using what’s called the stack effect to regulate the temperature inside. Small air intakes in the exterior walls let in cooler air at floor level. This outside air pushes the warm air inside up and out through hatches in the roof. The result is constantly circulating airflow without fans or air conditioning.

The price tag may put off governments wanting to house the most people at the least expense.

An aerial view of a “camel hump” farm in the Bolivian village of Loma Suarez shows how the canals fill with water during the rainy season. (Credit: Mark Chilvers)

The unpredictability of rainfall — when, how often and how much — makes subsistence agriculture a crapshoot for rural farmers in the Bolivian Amazon, and the randomness is expected to get only worse. In wet times, flooded fields make it impossible to plant anything for months. When drought hits, entire harvests can be lost to heat stress.

After major floods in 2006, Oxfam International and the Kenneth Lee Foundation looked to the past for a solution: an ancient water management technique used by pre-Inca cultures in the region.

In the province of Beni, which experiences seasonal flooding, they built 5-foot raised beds called camellones (“camel humps” in Spanish). The resulting ridged fields, which can be between 2.5 and 5 acres, are crisscrossed by canals and encircled by a moatlike protective ring.

During the rainy season, runoff fills the canals and irrigates the fields without drowning the crops. The canals are lined with common water hyacinths, which help purify the water. When the plants decompose, they’re used to fertilize the fields. The clay soil of the camellon retains water, and a full canal can keep the soil nourished year-round — even during extreme drought. As an added bonus, in both the wet and dry seasons, fish can be raised in the canals for consumption or sale.

Oxfam and the Kenneth Lee Foundation have built 83 camellones for communities in Bolivia, helping 170 families. When flooding inundated Beni in recent years, camellones protected residents of the villages of Soberania and 18 de Noviembre, along with their crops. Their success has prompted other regional and municipal authorities to adopt the practice.

[This article originally appeared in print as "Outsmarting Climate Change."]