Organic Farming Could Feed the World, But... 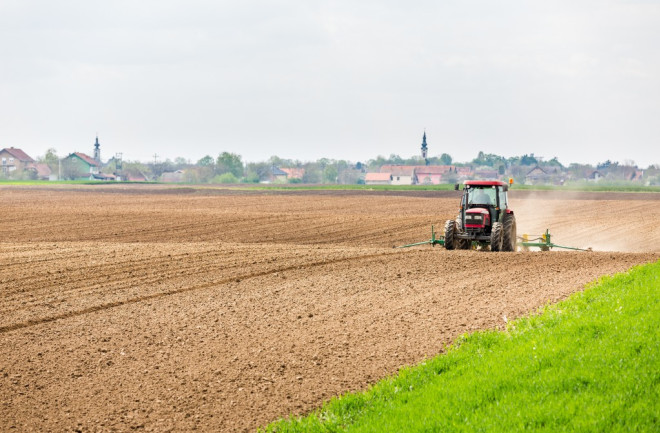 The United Nations estimates the global population will reach more than 9 billion by 2050, and, by some estimates, agricultural output will have to increase by 50 percent to feed all of those mouths. So is it possible to do it organically?

Modern farming methods focus on maximizing crop yields with the use of synthetic pesticides and fertilizers, which put off a surplus of nitrogen that turns into greenhouse gases or finds it’s way into waterways. Advances in industrial farming methods are often credited with helping the food supply keep pace with a growing population, but it’s also given rise to concerns about the negative environmental and health effects caused by chemically enhanced crops.

Organic farming does away with synthetic crop treatments, replacing them with natural methods that are deemed healthier and safer for the environment. However, the knock on organic farming has been that yields are lower, and it wouldn’t be possible to feed the world with food that’s suitable to sell at Whole Foods. But that might not be true.

In a paper published Tuesday in the journal Nature Communications, a group of researchers say it’s possible to feed the world through organic agriculture, but it would require the world’s citizenry to adopt drastic changes.

Using an estimated global population of 9 billion people by 2050 as a baseline, the scientists conducted model simulations.  They found that converting entirely to organic farming would require 16 to 33 percent more land. But if we didn’t want to do that, then the world would need to stop wasting food by 50 percent and dedicate all current animal farmland to going organic. That would drastically alter our diets, as the amount of protein from animals would drop from 38 to 11 percent.

And planting legumes could prove important, as they would help replace your missing proteins. Legumes could also help add nitrogen back into the soil. While eliminating the use of fertilizers would decline the amount of  nitrogen, it’s necessary for good plant growth.

That sounds great, right? Unfortunately, it might be overly optimistic.

The Guardian reports that some scientists are hesitant to endorse the new report’s findings, “pointing out that the size of the world’s agricultural systems and their variability, as well as assumptions about future nutritional needs, made generalizations about converting to organic farming difficult to make.”

Les Firbank, professor of sustainable agriculture at Leeds University, told The Guardian these models could be used to as a guide for new policy. “The core message is valuable and timely: we need to seriously consider how we manage the global demand for food,” he told The Guardian.