Only You Can Prevent Forest Fires—But Maybe You Shouldn't 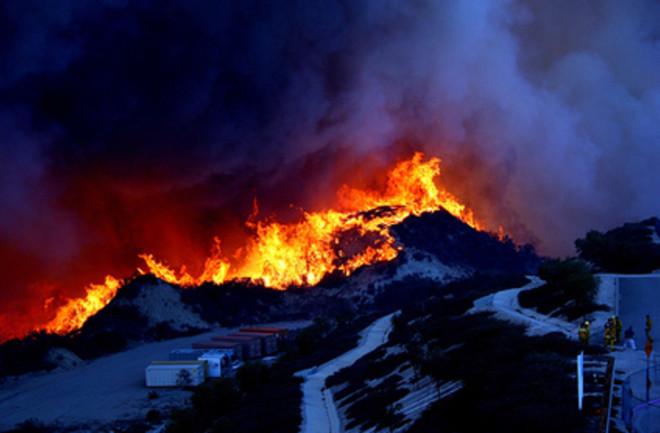 It seems like a fairly simple calculation—trees absorb carbon dioxide, so fighting forest fires and thereby saving trees helps to combat global warming. But University of California, Irvine researcher Michael Goulden says that fighting fires may have actually decreased the amount of carbon stored by some of the forests in the Western United States. Measuring 1990s forest data against readings taken in the same areas in the 1930s, Goulden found that, altogether, the forests contained about 4 percent more trees per hectare in the 1990s than they had 60 years before. But despite that increase in the density of trees, which Goulden credited to government policies of fire suppression, those trees stored 34 percent less carbon in the 1990s. How could this be? Goulden says that large trees do the heavy lifting when it comes to CO2 absorption. But when firefighters extinguish forest flames, he says, they spare small trees and shrubs which then compete with the bigger trees. If the smaller trees win out and the big ones die—which often happens in a more crowded forest—that decreases how much CO2 the forest can absorb. Science reports that this study's results "could affect U.S. firefighting policy," but Goulden says that policy should really depend on the forest in question. Particularly fire-prone areas, like shrublands of Southern California, are going to burn whether you want them to or not, so you can't count on them for carbon storage. Wetter, more tropical forests would release a lot of carbon if they burned, so fires there are probably worth putting out, he says. But in the great pine forests of the American West, where fires traditionally burned out the undergrowth and spared the large trees, "a return to a more natural fire cycle may prove useful," Goulden told DISCOVER. Of course, carbon storage isn't the only consideration for whether to fight forest fires. Many of the big Western blazes damage private property; the colossal wildfire currently burning near California's Yosemite National Park has already destroyed 12 houses and threatens thousands more, according to CNN. That accounts for a whole lot of people who don't necessarily want to let nature run its course.