One Day on Earth 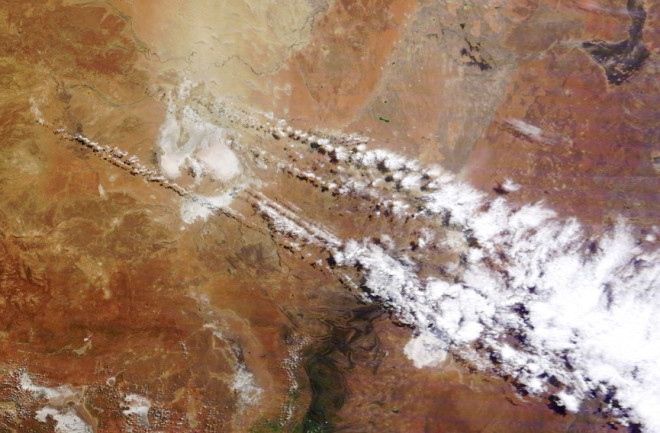 Typhoon Utor as imaged by a weather satellite as it was passing over the Philippines and out into the South China Sea. (Image: NOAA) Both of these things happened yesterday: a cold front painted delicate streamers of cloud across a desert landscape, and a super typhoon stormed ashore in the Philippines, causing untold misery. Meteorology can certainly tell you why, on the same day, one set of conditions on Earth produced something that can be described as Earth art, and another set led to the raging monster named Super Typhoon Utor. The same basic physics accounts for the changes in temperature and pressure that caused water vapor to condense in parallel lines of cloud over southeast Australia, and the gigantic cyclone swirling ashore at 150 miles per hour. It's also true that some combination of neurobiology and evolutionary biology can offer up a decent explanation of the awe I feel when I consider these manifestations of nature, and ponder how things so different in appearance and effect can arise from the same basic processes. But somehow, of course, the whole winds up being larger than the sum of these parts. Which is another way of saying that science can take you a whole long ways but only so far.