Our ancestors were pretty good at predicting the weather, but they didn’t always know what they were talking about. 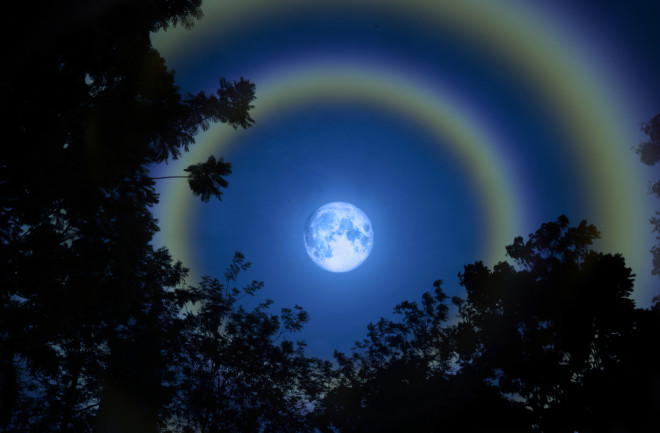 In the days before weather apps (which when you think about it covers most days), and even before television meteorologists, people had to get their weather forecasts by observation and experience. Having a good read on the weather was especially important for farmers, sailors, pilots and anyone else whose lives or livelihood depended on knowing what the weather was likely to do, says Sonia Lasher-Trapp, an atmospheric scientist at the University of Illinois at Urbana–Champaign. “Long before there were computers or forecasting models, people gazed at the sky all the time. They could tell if fronts were going to be passing through by the patterns in the clouds. When they looked at the sky, it wasn’t just an indication of what was happening right then, but could be an indication of what was going to happen.”

Unsurprisingly, back in the day, people used plenty of rules of thumb for predicting the weather. Today we think of these as “old wives’ tales,” or if we’re being charitable, “weather lore.” Some of those old guides, though, were surprisingly reliable. Here are a few that actually have some basis in science — and a few that don’t.

The Sound of Crickets

While hearing crickets denotes silence in today’s slang, at one time crickets were little six-legged weather apps. According to lore, crickets can tell you the temperature. It works like this: Count the number of chirps in 15 seconds, then add 37 (some say add 40). That should give you a rough idea. And weirdly enough, it works. It’s not the most precise way to get a temperature reading, but you’ll usually land within a few degrees either way. Because crickets are cold-blooded, their activity levels — hence the movement that creates the chirping sound — increase with warm temperatures and decrease with cold. This only works between around 55 and 100 degrees Fahrenheit, though. Hotter or cooler than that and crickets don’t make sounds. You’ll just hear … crickets.

Ring Around the Moon

A halo circling the moon means bad weather is on the way, a tale also rooted in fact. The phenomenon usually begins in upper level-clouds, where ice crystals bend and reflect lunar light. This can herald a change in the weather, often incoming showers.

Is that Rain I Smell?

Next time someone tells you they can smell the end of a drought or an oncoming storm, don’t scoff. They just might be able to. Just before a storm hits, ozone fills the air. When the rain finally arrives and hits the dirt and pavement or trees and grass, it knocks loose molecules on these surfaces and creates the distinctive smell of rain, or the distinctive smells of rain — the smell will differ depending on what the rain hits. This scent may spread as a heads-up to people nearby. Rain on pavement smells different from rain on trees, but the collective term for the resulting odor is petrichor. This lovely aroma is especially pronounced, and especially welcomed, after a dry spell.

Some say that when the leaves of trees curl or flip their undersides up, rain is on the way. They may be right, too. Due to high humidity and wind, the transforming leaves of some deciduous trees indicate that precipitation is often not far behind. It isn’t too surprising that leaves turning over amid whipping might portend rain. But hey, who said weather prediction had to be mysterious?

Probably the most well-known weather folklore is the story of groundhog forecasters, the most famous of which is Punxsutawney Phil. Every year on February 2 (Groundhog Day), the celebrity groundhog emerges from his burrow in Punxsutawney, Pennsylvania. (Several other states, like New Jersey and Wisconsin, also have soothsaying groundhogs.) If Phil sees his shadow, he returns inside, and foretells six more weeks of winter. If he doesn’t spot his silhouette, he stays out, and spring is on the way. This charming tradition arrived in the United States from Germany, where the animal in question was a badger. It turns out, though, that Phil isn’t such a talented weather forecaster. Depending on how far back you go, his percentage of correct forecasts is somewhere in the high 30s — considerably less than pure chance. No matter how many times you honor the holiday, it’s still just a folktale.

The pattern of stripes on the woolly bear caterpillar (also called the fuzzy bear, the woolly worm, or sometimes the hedgehog caterpillar) is said to predict the severity of the oncoming winter. If the little creature’s black stripes appear wide, that means winter will be rough. If the middle brown segments look broader, you can expect a mild winter. This legend has gained so much notoriety that some Midwestern towns host annual woolly bear festivals. The festival in Vermilion, Ohio features a parade and woolly bear races. The highlight of the day (or maybe not — those races have got to be nail biters) is the actual prediction: the caterpillar’s forecast for the coming winter. Sadly, the woolly bear isn’t any more reliable than Punxsutawney Phil. According to the National Weather Service, the color and size of the stripes depend on several factors, like the animal’s diet, age, and species, that have little bearing on the upcoming winter.

Another common bit of weather lore: Cows lie down when rain is on the way. This claim lacks any scientific evidence, however. It may just provide a needed rest or a chance to gather and chew the cud.