Oil Spill Update: A Saw Gets Stuck; Will Oil Be Leaking at Christmas? 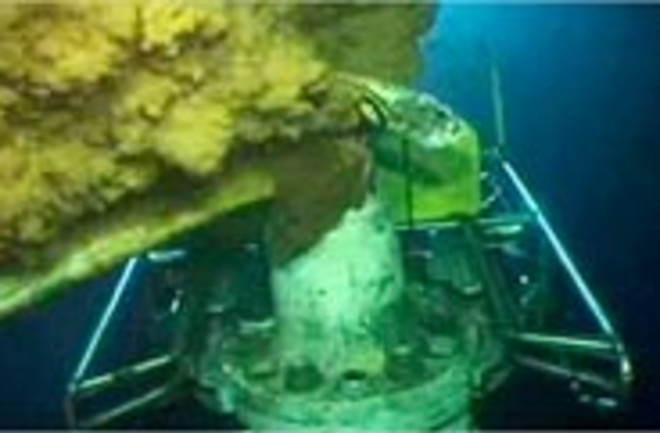 Here's what's new in the Gulf of Mexico: 1. Saw stuck. When we left the BP oil spill yesterday, the "top kill" had failed and the "top cap" plan—cutting the pipe at a strategic location and then placing a containment dome on top—was commencing. But like every other BP attempt to stop the leak, the dome effort hit a snag.

The attempt bogged down overnight as a special diamond-wire saw snagged in the pipe. The work has stalled as BP tries two old logger tricks: changing the angle of the pipe to let the saw get through and, if that doesn't work, bringing the saw to the surface to replace the blade [Christian Science Monitor].

What's more, even if the saw gets free and BP successfully cuts the riser, the already-gushing flow of oil will increase by at least 20 percent between the time engineers finish the cut and the time they install the cap. Whether BP can install the cap, or instead a looser-fitting shell that would capture less of the oil, depends on how smoothly the company makes the final cut. Getting the saw stuck isn't a good sign. 2. Criminal investigation. The word is official now: Attorney General Eric Holder says the United States government will be opening a criminal investigation into the spill.

The attorney general said there was a range of possible violations under a number of statutes, including the Clean Water Act, the Oil Pollution Act of 1990 and the Endangered Species Act. He said charges could include everything ranging from "false statements" to "the way in which certain entities conducted themselves." Mr. Holder said his department had instructed all relevant parties to preserve documents. "If we find evidence of illegal behavior we will be extremely forceful in our response," he said, adding that "we have what we think is a sufficient basis for us to have begun a criminal investigation" [Wall Street Journal].

3. Dreaming of a crude Christmas? Through all the failures by BP to plug the well, there's always been the hope in the background that even if nothing works, the relief wells will be completed in August and finally put an end to this toxic mess. But like everything else happening at a depth of 5,000 feet, even this is no guarantee.

It took Mexico’s state-owned oil company, Petróleos Mexicanos, or Pemex, nine months to plug its Ixtoc I well after an explosion and fire in 1979. The company’s first attempt with a relief well failed, so it had to drill a second. Eventually, more than 140 million gallons of crude spilled into the Gulf of Mexico -- the biggest offshore oil spill on record [Bloomberg].

that if something went wrong and delayed those operations, he could envisions a scenario in which oil still leaks at Christmastime. Of course, the actual worst-case would be if no one ever successfully stops the leak, in which case it could continue for more than a decade. 4. New wells will go on. And yet, offshore drilling will continue. We need our gas, we need our plastic. The AP reports today that the federal government has approved the first new shallow water well

since President Obama lifted the drilling ban there last week. The moratorium on deep water drilling continues. Previous posts on the BP oil spill: 80beats: With "Top Kill" a Failure, BP Goes Back to the Containment Dome Plan