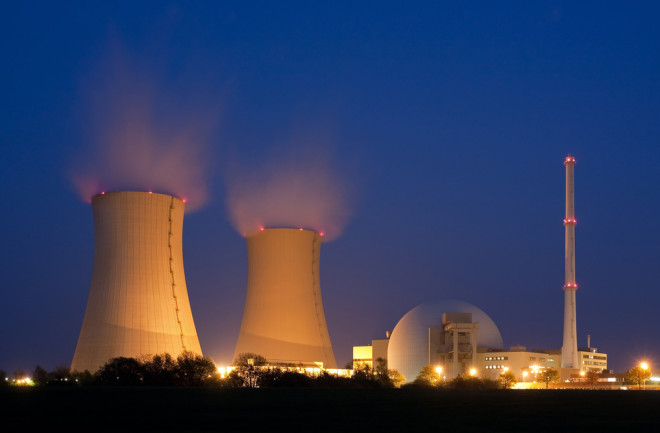 Nuclear power plant at night in Grohnde near Hameln in Lower Saxony, Germany. Image courtesy of Thorsten Schier/Shutterstock Nuclear power has gained a good-sized cheerleading squad as a source of clean energy, but the risk of radiation exposure and the disposal of nuclear waste have also roused a fair number of opponents. Reactor disasters like the one in Fukushima highlight nuclear power's risks, but scientists now say that by reducing pollution, nuclear power actually has saved millions of lives over the last 40 years. Using data from past energy production (1971-2009) and future energy predictions (2010-2050), NASA climatologists James Hansen and Pushker Kharecha estimated how much air pollution and how many related deaths nuclear power prevents as compared to burning coal or natural gas. They published the numbers in the March issue of Environmental Science & Technology.Over the past 40 years, the NASA scientists calculated that nuclear energy prevented 64 gigatonnes of greenhouse gas emissions (measured in CO2 equivalents) from being pumped into the atmosphere. As a result, [UPDATE 4/4/13: by reducing particulates and other pollutants] they say 1.8 million people avoided air pollution-related deaths, such as those from diseases like chronic bronchitis or lung cancer. On the other side of the scale are the 4,900 deaths caused by nuclear power plants (including radiation fallout and accidents) during those 40 years. Applying these findings to the future, then, the researchers say that replacing the world's nuclear power plants with ones that ran on coal would lead to a surge of 7 million additional air pollution-related deaths in the next 40 years. If those power plants ran on natural gas instead, that number would still sit at a pretty lofty 420,000 deaths. Thus amidst ongoing global energy debates, it's worth paying attention to not only what nuclear power does, but what it doesn't do.