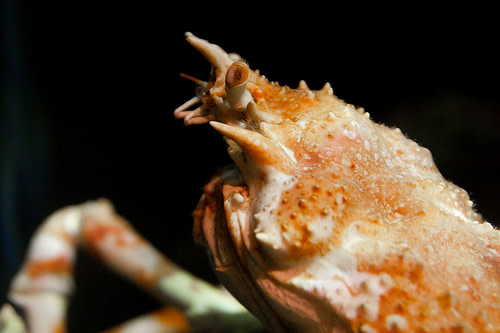 If you've ever read up on the environmental impact of your eating habits, you know that eating fish can be a dicey prospect. Having been overfished for decades, many wild fish populations are on the brink of disappearing. A new report

from NOAA shows that one attempt to deal with this problem of severely depleted fisheries, the Magnuson-Stevens Reauthorization Act of 2006

, seems to be helping, at least a little bit. The act states that each year, NOAA must give status updates on all fish populations within 200 miles of the US Coast. If the fisheries are hurting, fishermen must stop catching those fish until their numbers recover. Over the last 11 years, 27 previously precarious fish populations have been announced recovered; this year, the six lucky winners were the haddock in the Gulf of Maine, the Chinook salmon along the coast of Northern California, the snow crab of the Bering Sea, the summer flounder on the mid-Atlantic coast, the coho salmon on the coast of Washington, and the widow rockfish in the Pacific. Overall, NOAA takes these recoveries as a sign that the law is doing its job; according to a metric called the fish stock sustainability index

(FSSI), things have been steadily improving for US fish stocks since 2000. But it's not necessarily a sign to order snow crab tonight. To be declared recovered, a Pew Environmental Group employee told the NYT's Green Blog

, a fish population only has to reach 40% of the numbers it had historically. That seems pretty far from true recovery.