Contrary to earlier reports, Earth's rainforests are more at risk than ever before. 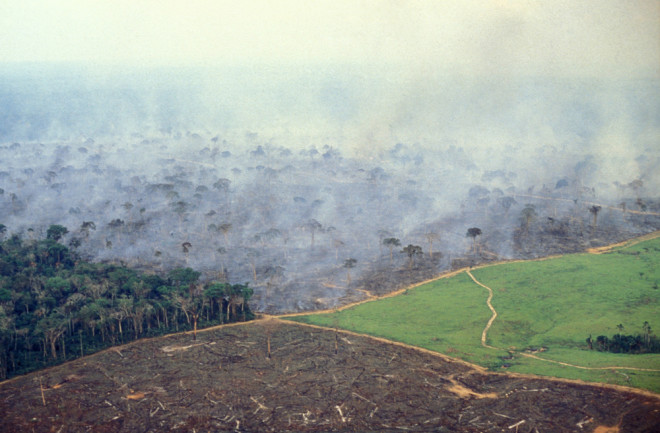 Rainforests have been called “the lungs of the planet.” They breathe out life-giving oxygen and absorb carbon dioxide, limiting global warming. A study published in May suggests these forests are more at risk than ever, contradicting earlier reports of a slowdown in deforestation.

Analyzing more than 5,000 high-resolution satellite images from the 1990s and 2000s, geographers at the University of Maryland discovered that rainforest loss accelerated by 62 percent during those two decades. “If this trend continues,” lead author Do-Hyung Kim warns, “the vast tropical forests of today may soon be a relic of the past.”

A 2010 United Nations report said deforestation rates were decreasing, but it turns out that analysis was based in part on unreliable government data. Even in Brazil, which succeeded in slowing deforestation for a decade, forest loss is again on the rise. For example, a monthly analysis of satellite images by the Brazilian nonprofit Imazon shows that in April 2015, more than twice as much forest had been cleared compared with the same month the previous year.

Deforestation has transformed landscapes throughout the world, including this area of the Amazon near the Brazilian village of Buritis. These satellite images, encompassing an area about 150 miles wide, show a tremendous loss of forest over just 12 years (the forest in 2000 on the left, and the same forest in 2012 to the right). (Credit: NASA/Earth Observatory)

Forest experts blame the uptick in deforestation on a weakening of forest protections, leading to increased clearing for agriculture and new roads and dams.

Deforestation isn’t confined to the tropics. In September, scientists examining global tree cover discovered that while there are 3 trillion trees on Earth — more than seven times as many as scientists thought — the planet has lost 46 percent of its forests since the onset of agriculture about 12,000 years ago. The report estimated that 15 billion trees are felled each year. The Yale University-led analysis, which combined on-the-ground surveys with satellite data, shows “the overwhelming effect of humans across most of the world,” the authors wrote.