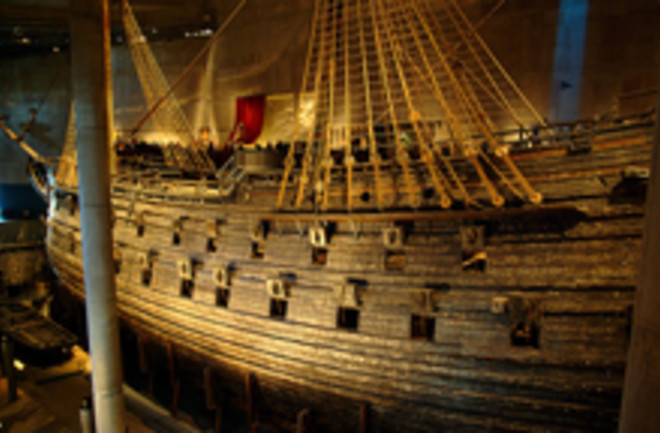 At the bottom of the Baltic Sea, history sits largely intact. Because shipworms don't care for these cold, low-salt waters, shipwrecks can endure for centuries without great decay. The Vasa, a famous Swedish warship that sank in Stockholm harbor in 1628, was in terrific condition when engineers raised it from the depths more than 300 years later. But, scientists now warn, those conditions could be coming to an end due to global warming.

Shipworms, which can obliterate a wreck in ten years, have already attacked about a hundred sunken vessels dating back to the 13th century in Baltic waters off Germany, Denmark, and Sweden, reported study co-author Christin Appelqvist [National Geographic News]

. Now, Appelqvist says, their range is beginning to extend beyond those areas into the northern part of the Baltic. That could threaten close to 100,000 shipwrecks scattered across the bottom of the sea.

Shipworms are not worms at all, but rather saltwater clams with reduced shells notorious for boring into and eventually destroying wooden structures immersed in sea water, such as piers, docks and wooden ships [UPI]

. These clams can bore a foot deep into wood of all kinds. Because they already inhabit the waters of Sweden's small western coast (located at the southern tip of the country), Appelqvist says no wooden wrecks remain there—at least not any that are in decent enough condition to be studied. The shipworms are warm-water lovers, so Appelqvist's team wonders if rising sea temperatures are what has allowed them this extended range. “The warmer temperatures mean that the shipworm is less stressed and can thus tolerate lower salinity,” she explained.