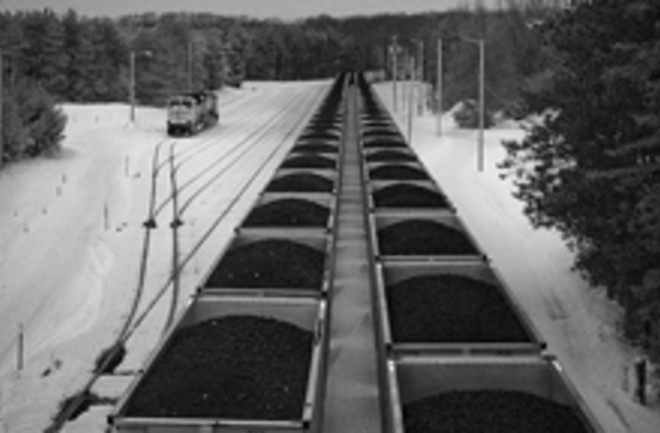 When a small coal-fired power plant opened in northern Germany last September, it was heralded as the first example of a technology that could save us from the ravages of global warming, while allowing us to keep burning cheap and plentiful coal. The demonstration plant, built and operated by the Swedish power company Vattenfall, was designed to capture its carbon dioxide emissions and to pump them deep underground in a process called carbon capture and storage (CCS). But the project has thus far been

a victim of "numbyism" – not under my backyard [The Guardian].

The plant's managers say they've captured about 1,000 tons of carbon dioxide, but they haven't been able to pipe it underground to the selected underground zone, where scientists say the atmosphere-warming carbon dioxide would instead be trapped in the rocks. Locals, apparently, aren't so sure about the technology.

"It was supposed to begin injecting by March or April of this year but we don't have a permit. This is a result of the local public having questions about the safety of the project," said Staffan Gortz, head of carbon capture and storage communication at Vattenfall. He said he did not expect to get a permit before next spring: "People are very, very sceptical" [The Guardian].

Many countries have pinned their hopes for mitigating the impacts of global warming on carbon capture and storage, especially as binding rules on greenhouse gas emissions seem likely in the near future. If power plants like Vattenfall's work out, the

pay-off could be vast: the International Energy Agency has estimated CCS could account for one-fifth of the emissions reductions required in the energy and industrial sectors by 2050 to avoid the worst effects of global warming. Achieving those reductions without CCS would cost 70 per cent more, the IEA found [Financial Times].

But in addition to public resistance, there are numerous technical and financial hurdles to overcome. Each demonstration CCS plant is expected to cost more than $1 billion, and companies have demanded government subsidies to build them. The first CCS project in the United States, the FutureGen power plant, has been beset by delays and cost overruns. In addition, power companies will have to find cheaper and more efficient ways to process the carbon dioxide to make the operations economically viable. But if Vattenfall executive Reinhardt Hassa

is correct, companies, governments and the public may have no choice but to find a way to make CCS work. "We will use fossil fuels in the coming years - not just 10 years, but 50, 60, maybe 70 years," Mr Hassa said. "We can't do it without CCS" [Financial Times].