A new kind of drone is inspired by nature — and designed to protect it.

In 2013, a 400-pound research drone went missing off the coast of Alaska, threatening the very environment that the scientists were studying. Fortunately, the fuel tank didn’t rupture, and fishermen recovered the wreckage without mishap.

But the near-miss inspired NASA biologist Lynn Rothschild to design a new kind of drone: one that would have minimal environmental impact if it crashed because it would be made of biodegradable materials, such as bacteria and fungus.

Although Rothschild says it “looks sort of like a dried whole wheat sandwich,” the prototype her team developed is flightworthy. And future iterations of her biodrone — such as the one illustrated at right — might even be designed to fly one-way missions that end in an intentional crash, providing a snack for Alaskan salmon when the crafts’ work is done.

Made of a fungal root material called mycelium. The fungus feeds on leaf and grass cuttings until it completely fills the shape of a plastic mold. Then it’s baked at 180 to 200 degrees Fahrenheit until it’s dead and dried out, becoming as lightweight as Styrofoam.

Molded with the same biodegradable plastic used in the sturdiest disposable eating utensils. 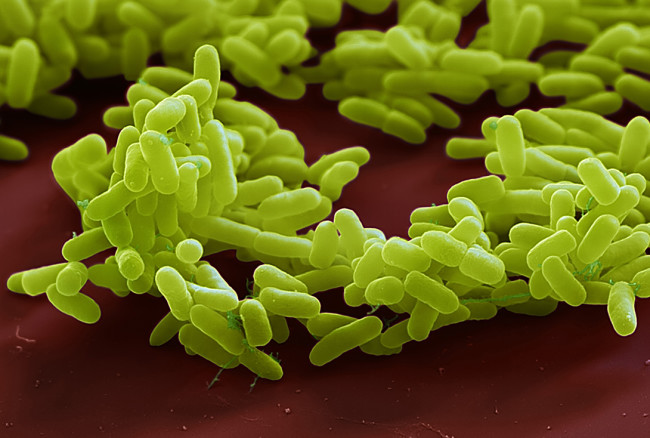 E. coli cells will be genetically engineered to change color in response to conditions under study: carbon dioxide levels, atmospheric pollutants and pathogens, for example. The cells are tiny — a few could fit on the head of a pin — so a single biodrone could carry several, enabling it to measure multiple atmospheric markers simultaneously.

Cellulose acetate loses strength as it absorbs water, so the skin is waterproofed by adding a protein found in paper wasp saliva that makes their nests hydrophobic. The protein coating could be manufactured in yeast cells modified to express the wasp saliva gene.

Dissolvable cameras could monitor the biosensor readouts. The cameras, pioneered by engineer John Rogers while at the University of Illinois at Urbana-Champaign, are made of ultrathin silicon that rapidly degrades in liquid. Electronics to transmit data to the researchers — and to control the drone — could be printed on a sheet of cellulose acetate in silver nanoparticle ink that dissolves in water.

Coated with a smooth layer of cellulose acetate, adding resilience and aerodynamics. The cellulose-excreting bacterium Gluconacetobacter hansenii will be genetically engineered to grow industrial-quality sheets of acetate that can be applied to the mycelium directly, shrink-wrapping the fungus as it dries.

A payload of enzymes, like those produced by gut bacteria to aid digestion, will speed the copter’s demise when it crashes. Released upon impact, the enzymes will convert remaining bacterial and fungal materials into simple sugars that are harmless to the environment.

Developed by Harvard geneticist George Church, a modified E. coli strain provides what’s known as codon security: Biosensors can’t spill their tweaked genes into the ecosystem because a segment of their genetic code has been made incompatible with all living organisms.