Early mammals were big and bad. 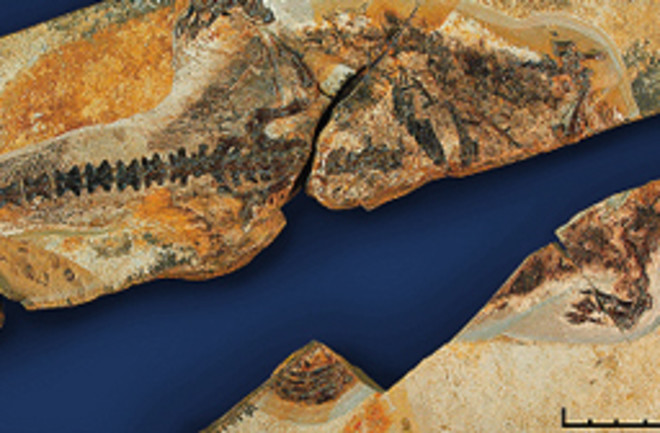 A new fossil with the tail of a beaver, the teeth of a seal, and the habits of a platypus shows that early mammals were far more advanced and adventurous than we thought. Most previously discovered Jurassic mammals were miniature mice that probably dodged the footsteps of dinosaurs by eating insects and worms at night. Castorocauda lutrasimilis, 10 times as big as any other known mammal from that time, was different, hunting fish in Inner Mongolian lakes and rivers. "It was a giant among all the midgets," says Zhe-Xi Luo of the Carnegie Museum of Natural History.

Equipped with webbed feet for paddling, Castorocauda took to the water 164 million years ago, beating the next mammalian swimmer by 100 million years. It also had hallmarks of modern mammals, including hair and sweat glands. The presence of sweat glands is a strong clue that the females could nurse their young, Luo says, because mammary glands are essentially sweat glands that "secrete nutritious excretion." The discovery supports the emerging view that mammals were already an important part of Earth's menagerie tens of millions of years before dinosaurs left the scene.