Alluring atmospheric phenomenon in Arizona and then Colorado, as seen in timelapse video, photos, and a satellite animation 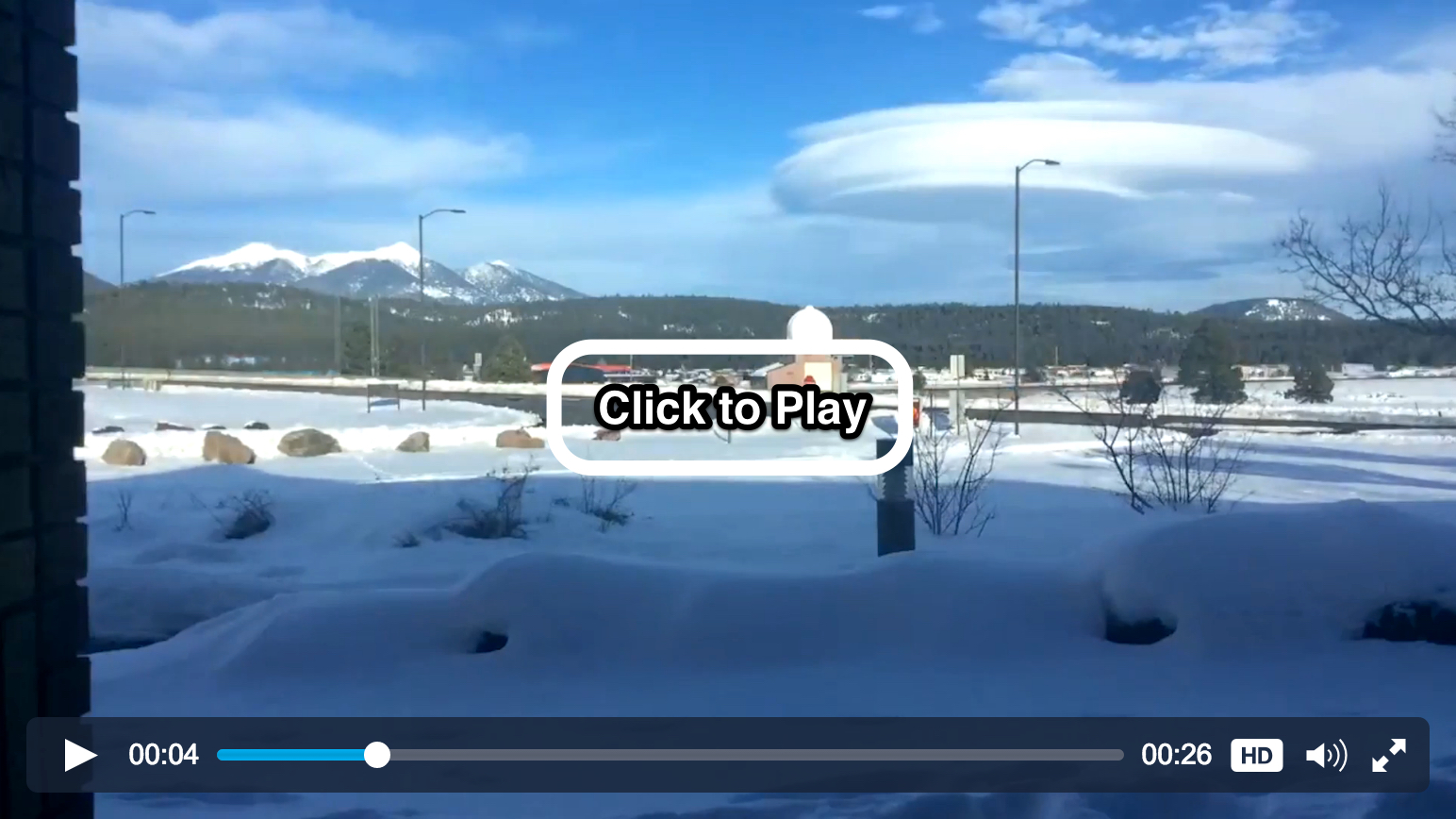 Screenshot from a timelapse video of a lenticular cloud over Flagstaff, Ariz. on Jan. 14, 2016, released by the National Weather Service. Make sure to watch it in high definition. (NWS Flagstaff via Twitter) Note: If you're not old enough to know what the headline alludes to, please make sure to read through to the bottom of this post.  Saucer-shaped clouds are not all that unusual in mountainous regions like the American West. But the ones that formed over Flagstaff, Ariz., on Jan. 14, 2016, and then over Colorado's Front Range two days later, were particularly long-lasting — and beautiful. They're called altocumulus standing lenticular clouds. (But how about we make things easier from here on out by just calling them lenticular clouds?) Click on the screenshot above to watch a timelapse video of the cloud over Flagstaff, posted to Twitter by the National Weather Service.

Here is a still photograph of the same lenticular: https://twitter.com/mark_tarello/status/687833428352307200 Lenticular clouds tend to form when relatively stable, fast-flowing air flows up and over mountains oriented perpendicular to the wind flow, creating standing waves in the atmosphere. If there is enough moisture in the air, a cloud will form at the apex of one or more of the waves, forming a variety of streamlined shapes. They often look like flying saucers. But they can also be quite elongated, as these lenticulars over Colorado's Front Range on Jan. 16, 2016 were: 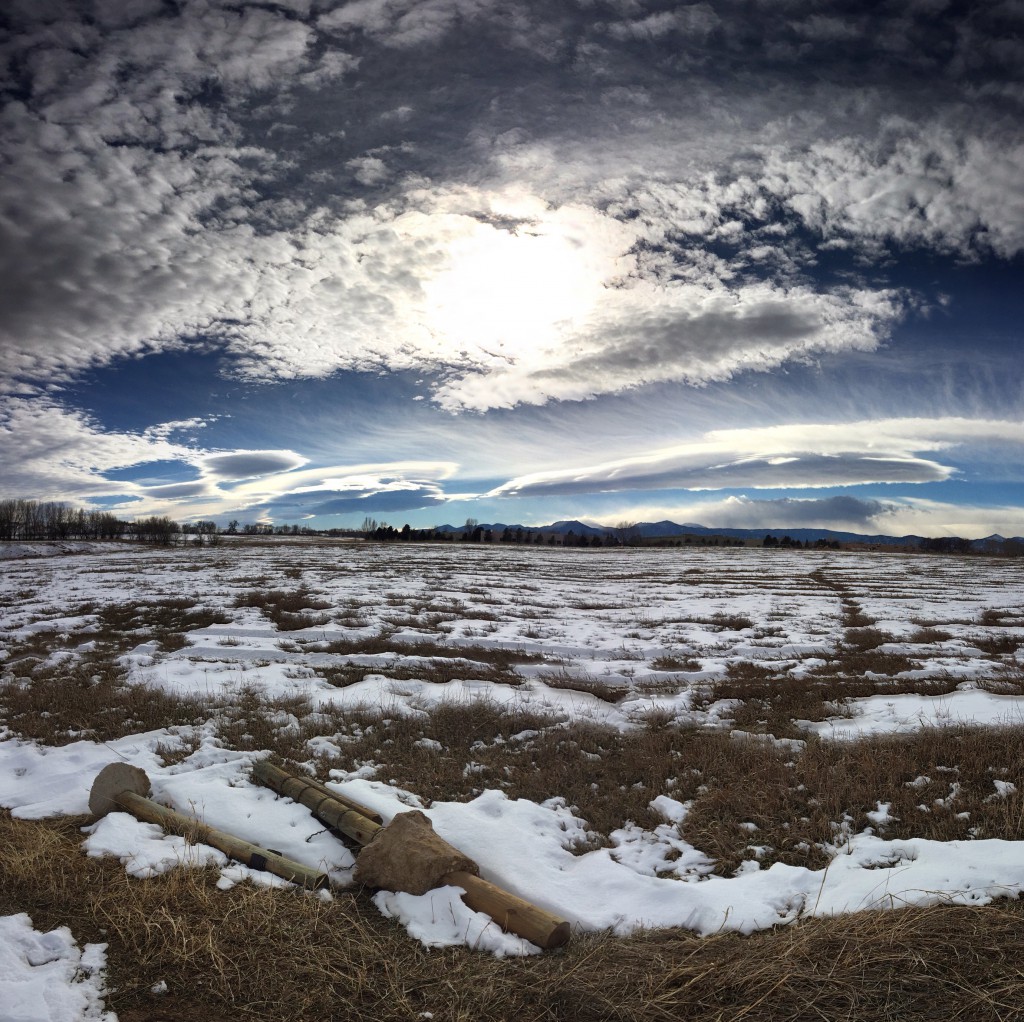 Elongated lenticular clouds near the foothills of the Front Range, as seen from Niwot, Colorado near Boulder on Jan. 16, 2016. (iPhone photomosaic: ©Tom Yulsman) The image above consists of six iPhone images I shot while on a run near my home. I used an app called Autostitch to create a single image. You can see the lenticular clouds hovering near the foothills of the Rockies in the distance. Here's what it looked like from space: 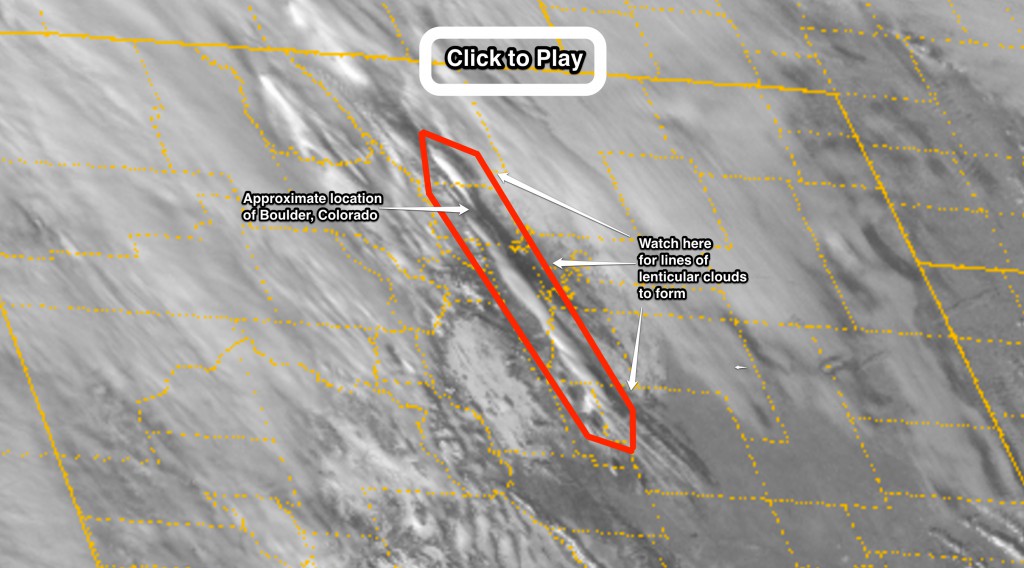 Screenshot from an animation of images from the GOES-West weather satellite shows elongated lenticular clouds forming along Colorado's Front Range on Jan. 16, 2016. (Source: RAMMB/NOAA/CIRA) In the screenshot above, make sure to look within the red box to locate the lenticular clouds that formed along Colorado's Front Range. (I've also marked the approximate location of Boulder.) Then click the image to watch an animation uploaded to Youtube of GOES-West satellite images showing the evolution of the clouds during the day on Jan. 16.

So, if you're wondering about that headline, click here...