Let's Go Fly a Kite, and Power Our Houses 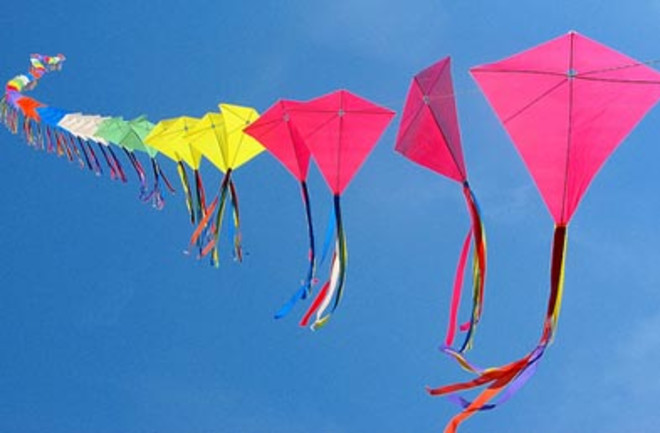 The higher you go, the windier it gets—wind at high altitudes is more abundant and consistent than the airflow at ground level. That's a gold mine for those seeking to harness wind energy. But our standard turbines, behemoth windmills with heavy spinning blades, can only be built so high. So how do you get "up where the air is clear" and the wind rarely stops? You fly a kite. In a recent experiment, Dutch researchers say they flew a 10-square-meter kite and created enough energy to power 10 houses. The kite is attached to a generator by a string; it generates power by pulling the string and turning the generator as the wind lifts it higher in the sky. Study leader Wubbo Ockels (who's a former astronaut) says he then turns the kite so that it loses lift and descends, allowing the process to repeat. If the researchers had to use a lot of extra energy to pull the kite back down, the technique wouldn't be nearly as promising. Ockels and his team aren't the only people seeking the energy in the higher atmosphere. In 2007, Google acquired Makani, a California company trying some of the same kind of kite experiments. Ockels says his next step might be to expand and create systems with multiple kites working in tandem to generate even more energy. Maybe kite energy will reduce some of the worries about wind turbines killing birds, too.