Laughing Gas From Cow Manure Is a Major Warming Factor 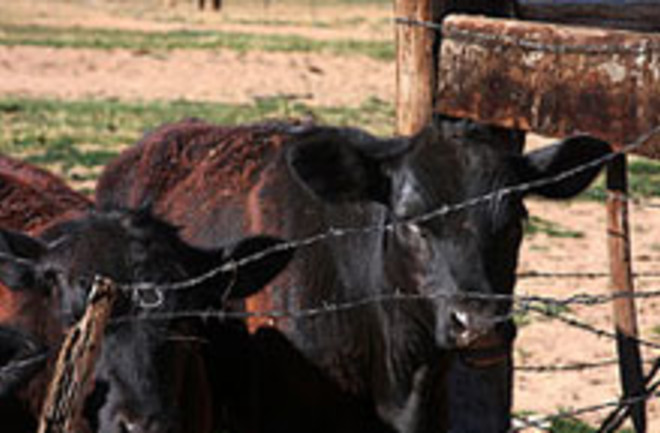 Just a few days ago, we wrote that laughing gas, or nitrous oxide, has become today's biggest threat to the ozone layer. So what's the greatest source of nitrous oxide? Manure, according to new research published in Nature Geoscience. Nitrous oxide, which also contributes to global warming, is produced naturally and through human activities like agriculture. Fertilizer is a recognized source of the gas, but until now, manure had been largely overlooked. Says researcher Eric Davidson:

"[Fertilisers] are extremely important, but that's only part of the story." ... He says nitrous oxide levels started increasing in the late 19th century "long before we started using nitrogen fertilisers in the 1960's" [ABC Science].

And as a growing number of people around the globe consume meat, the manure that is an inevitable byproduct of meat production could pump an increasing amount of nitrous oxide into the atmosphere--or we could harness the power-producing potential of the waste. Related Content: 80beats: Today’s Biggest Threat to the Ozone Layer: Laughing Gas 80beats: Ozone Hole + Global Warming = More Ice Here, Less Ice There 80beats: Climate-Saving Sunshade Would Screw up Climate-Saving Solar Facilities