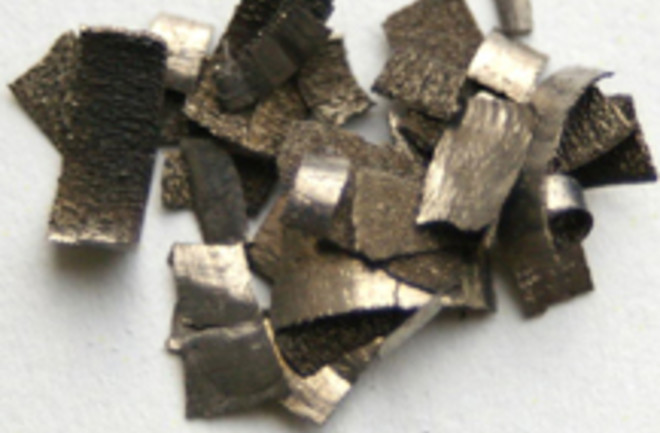 Wind turbines, energy-efficient light bulbs, and hybrid cars and three of the most iconic products in the lineup of green technologies that can help us build a cleaner world. But in an ironic twist, these technologies all rely on elements called rare earths, which are primarily extracted from environmentally destructive mines in China. The

environmental damage can be seen in the red-brown scars of barren clay that run down narrow valleys and the dead lands below, where emerald rice fields once grew. Miners scrape off the topsoil and shovel golden-flecked clay into dirt pits, using acids to extract the rare earths. The acids ultimately wash into streams and rivers, destroying rice paddies and fish farms and tainting water supplies [The New York Times].

Despite the name, many of the 17 rare earth elements are not actually that scarce, but two heavy rare earths that are vitally important to many green technologies, dysprosium and terbium, do live up to their name. More than 99 percent of the world’s supply of these two elements is currently mined in China.

Companies want to expand production outside China, but most rare-earth deposits, unlike those in southern China, are accompanied by radioactive uranium and thorium that complicate mining [The New York Times].

Putting small amounts of dysprosium in the magnets used in electric motors can make the magnets 90 percent lighter; that's a boon for both hybrid electric cars and large wind turbines, where heavy turbines are placed at the tops of tall towers. Meanwhile, terbium is used in lighting systems that are dramatically more energy-efficient than traditional incandescent lighting. But as prices of these elements have soared in recent years, and as concerns about China's mines are increasing, companies are beginning to investigate other ways to build the technologies of the future. Related Content: 80beats: Obama Admin. Rolls Back Bush-Era Rules on Mining & Forests 80beats: Andean People Discovered Mercury Mining—and Mercury Pollution—in 1400 B.C. 80beats: This Could Be a Find of Biblical Proportions: King Solomon’s Copper Mines 80beats: 1/3 of China’s Yellow River Not Even Fit for Industrial Use 80beats: Green Group Declares Future Leader in Clean Energy