Is Wind Spreading a Mysterious Disease Across the Pacific? 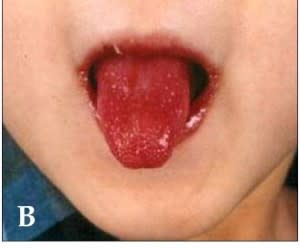 Scientists don't know much about the cause of Kawasaki disease

---a disease of blood vessel inflammation most commonly found in Japan---but they do know one thing: Japanese outbreaks are highly correlated with winds from central Asia. When those same winds blow thousands of miles across the Pacific to Hawaii and California, Kawasaki disease ends up there too. The disease affects generally children under the age of five. Blood vessels through the body become inflamed, leading to rashes, a characteristic "strawberry tongue," and death in some untreated cases. Japanese pediatrician Tomisaku Kawasaki described the first case in 1960, and incidence of the mysterious disease have been rising ever since. In the latest issue of

Jennifer Fraser profiles scientists who are looking to the wind for answers about Kawasaki disease. There are a couple examples of windspread fungal spores, just as Aspergillus sydowii that follows dust storms from Africa to the Caribbean

, but conditions up high are so extreme that wind had not been seriously considered capable of spreading disease across the Pacific:

Microbiologists have generally assumed that ultraviolet radiation and the near-cryogenic temperatures at high altitude will annihilate any infectious microbes before they can make it across an ocean. But maybe not, [pediatrician Jane Burns] says. “My background is molecular virology. When I preserve my viruses in the lab, what do I do? I desiccate them and freeze them at −80°C. Well, hello! Those are the conditions up in the troposphere.”

Here's the thing though: we don't know if a virus causes Kawasaki disease. It could be a bacterium or fungus or completely abiotic factor. Last March, scientists collected samples from Pacific winds, and researchers at Columbia are sequencing the heck out of genetic material from the samples in hopes of finding the disease agent. Fraser reports that they have a promising lead, but there's a lot of work to be done before a pathogen is conclusively identified.