Is the Fertile Crescent Turning Into a Dust Bowl? 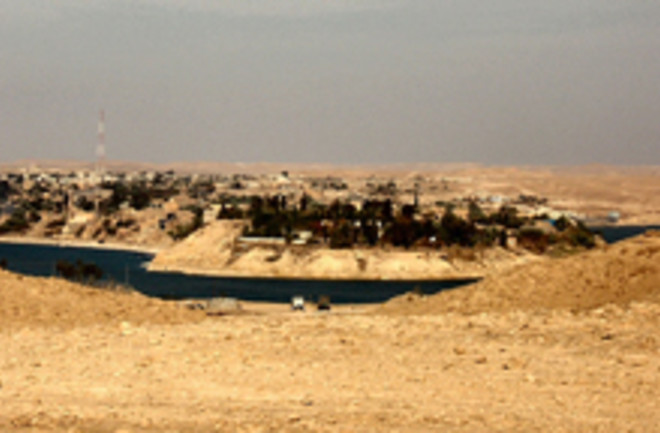 The region today known as Iraq was once known as Mesopotamia, which means "Land Between the Rivers," and since that ancient time the land between the Euphrates and Tigris rivers has been renowned for its fecund soil and thriving farms. But now the

Mesopotamian cradle of civilisation seems to be returning to desert [New Scientist].

Decades of war and mismanagement, compounded by two years of drought, are wreaking havoc on Iraq's ecosystem, drying up riverbeds and marshes, turning arable land into desert, killing trees and plants, and generally transforming what was once the region's most fertile area into a wasteland.... "We're talking about something that's making the breadbasket of Iraq look like the Dust Bowl of Oklahoma in the early part of the 20th century" [Los Angeles Times]

It hasn't been scientifically proved that tank movements in the desert have helped stir up the dust, as many Iraqi experts believe. But other factors are not in dispute [Los Angeles Times].

Turkey and Syria, which are both upriver from Iraq, have reduced the flow of the Euphrates to deal with their own water shortages during the region-wide drought, while Iran has built dams on tributaries that flow into the Tigris; all this leaves less water to reach Iraq. Experts say that

bitterness over Iraq’s water threatens to be a source of tension for months or even years to come between Iraq and its neighbors [The New York Times].

The water shortage is causing what some Iraqi officials call an "environmental catastrophe," as farms fail, land dries up, and enormous dust storms kick up and blast through towns and cities. The crisis is also taking a toll on the wetlands that form where the Tigris and Ephrates meet.

The fabled marshes of southern Iraq, drained by Saddam Hussein and then re-flooded after the U.S.-led invasion in 2003, are drying up, and the traditional Marsh Arabs who depend on them for their livelihood are being forced to leave again [Los Angeles Times].