A citizen science project called Off the Roof tested rainwater runoff collected by volunteers. They found that rainwater can be easily treated, but does often have contaminants similar to what's found in streams and rivers. 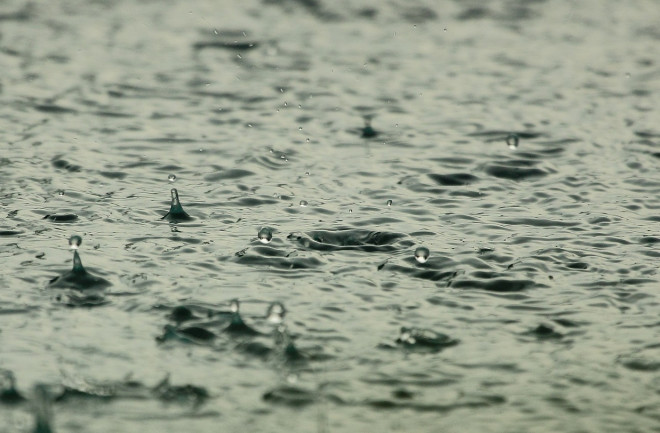 With clean, fresh water becoming scarce in many places around the world, many people have looked to rainwater harvesting as a potential source for drinking water. (Credit: Pixabay)

Life on Earth needs water to survive. Yet, drinkable water is a rapidly dwindling resource. Out of all the water on our planet, only 2.5 percent is freshwater. And of that 2.5 percent, just 0.3 percent is readily accessible as surface water. According to FreshWaterWatch, by the year 2050, half of the world’s population will be living in regions impacted by water scarcity, meaning there won’t be enough water to sustain a growing population.

That’s why a citizen science project called Off the Roof started researching how roof rainwater run-off can be used as an alternative water source.

What is Off the Roof?

The Off the Roof project was hosted by CitSci.org, an online platform for citizen science, and it aimed to fill gaps in the data surrounding alternative water resources by better understanding the quality of roof run-off. This project was spread across four cities in the United States: Fort Collins, Colorado; Tucson, Arizona; Baltimore, Maryland; and Miami, Florida.

In each city, participants collected barrels of water, which were then analyzed by the Off the Roof team. The team assessed the microbial quality of the water, focusing on the number of pathogens found that are infectious to humans.

In the United States, many people see water scarcity as an issue that mainly affects the developing world. People disregard water scarcity unless they’re directly impacted. However, water scarcity has come to the forefront in recent years with cases like the one seen in Flint, Michigan.

Flint, Michigan, has seen steady economic decline since the 1980s. The city turned to the Flint River as a water source while they planned construction of a new pipeline to deliver water from Lake Huron. It wasn’t long before residents started to experience issues with their water supply. In 2015, the Environmental Protection Agency (EPA) and Virginia Tech ran tests and determined that residents were drinking water that contained dangerous levels of lead.

The Flint water crisis forced people to confront the fact that water scarcity is also an issue in the United States.

In recent years, more and more people have started collecting the rainwater that runs off their roofs to use for watering gardens and other things. (Credit: Pixabay)

For citizen science volunteers, Off the Roof offered a way help tackle the issue by joining researchers in their quest to better understand the quality of the rainwater that naturally runs our roofs.

“Off the Roof is confronting water scarcity by addressing the lack of guidelines surrounding the treatment and use of roof run-off," said Jumana Alja’fari, a graduate student in environmental engineering at Colorado State University who worked with the project. She says the lack of guidelines is “hampering its full potential.”

Scientists still didn't fully understand the run-off water’s microbial quality, and the existing data wasn’t very complex. That made it hard to implement strict guidelines. Off the Roof's goal was to better assess the microbial quality of water, help the public better understand the uses of alternative water sources, and develop a scalable system of citizen collection of roof run-off samples.

Participants were selected from the four cities mentioned above. Volunteers filled out a survey and were ultimately selected based on factors like their roof material and roof area, as well as the participants’ willingness to put in the time.

Miguel Valencia, the primary volunteer contact for Miami, said that participants were asked to coordinate for rain events, collect the samples and have the collection barrels empty and clean before collection.

As the team analyzed their results, they discovered that levels of potentially infectious pathogens from rainwater runoff were highly variable between sampling sites. The quality also varied with the seasons.

In all, they detected Salmonella in roughly nine percent of samples and Giardia in five percent of all samples. That might sound like a lot, but it's actually not much different than what's ordinarily found in surface water from lakes and rivers. So their findings suggest that rainwater could be used for drinking water with treatment. The results also show that it's important to take proper safety precautions when handling the water, like washing your hands and avoiding mouth contact. However, they also couldn't isolate factors that might be useful for predicting the chemical and microbiological quality of roof runoff.

In the end, the Off the Roof project offered a unique opportunity for ordinary people to participate in interdisciplinary research, teaching volunteers about what’s actually in their water. And Off the Roof also forced people to confront water scarcity in their own homes.

“It shows volunteers, and their families, the importance and impact of science,” said Valencia.

Andrea Dautant is a graduate from the University of Florida. She earned a B.S. in agricultural education and communication, with a focus in communication and leadership development, and a minor in mass communication.

Note: CitSci.org is a SciStarter affiliate. You can join other citizen science projects through the CitSci.org platform and earn credit for your participation through your SciStarter dashboard.