Is Jupiter on Armageddon's side? 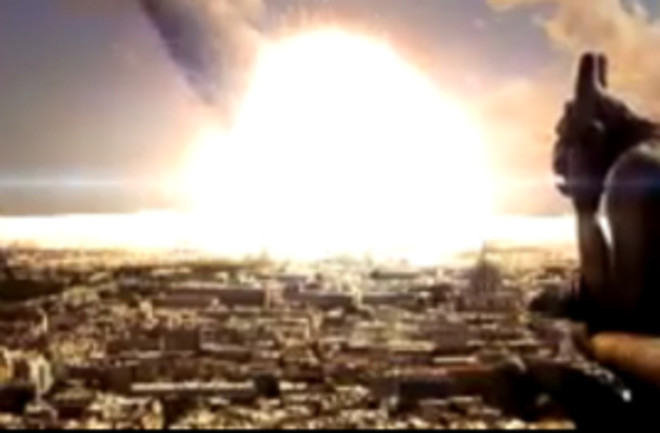 The most excellent Kevin Grazier stopped by DISCOVER's offices today -- turns out that apart from being the science advisor to Battlestar Galactica and Eureka, he actually has a day job! Kevin works on the Cassini mission at JPL (hence a work-related trip out east.) Kevin also has been doing some interesting research that could upset the conventional wisdom regarding the role of Jupiter in the history of the solar system. Traditionally, Jupiter has been seen as protector of the Earth. The idea is that comets from the outer solar system which might otherwise smash into the Earth (a la Armageddon and Deep Impact) get sucked into Jupiter's gravity well instead and are swallowed up, similar to how comet Shoemaker-Levy collided with Jupiter in 1994. Now, Kevin and his colleagues have created a detailed simulation of the solar system that suggests that Jupiter might be responsible for kicking comets towards the inner solar system, where the Earth lives. This research also has implications for the search for extraterrestrial life, and especially intelligent life -- up until now, scientists have worried that if a solar system didn't have something like a Jupiter, it might be too dangerous for life to get very far before getting wiped out by an impact. If Jupiter actually makes things worse for inner planets, we might be more likely to find life in solar systems without big gas giants.