Is Fracking to Blame for This Burning River in Australia? 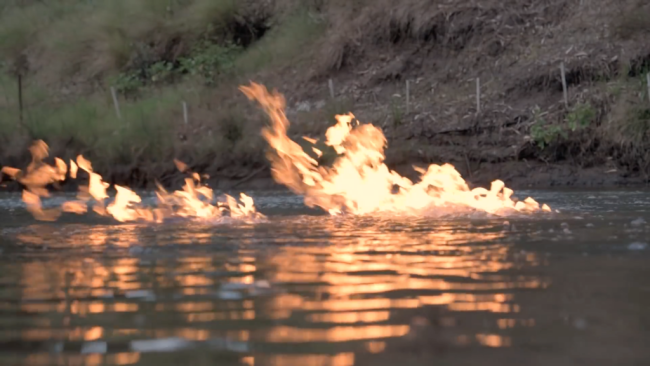 Are we seeing another Cuyahoga River watershed moment in Australia? Maybe not. Jeremy Buckingham, an Australian politician and a member of the Greens Party, set the internet ablaze when he lit the Condamine River on fire to make a political statement. The incongruous blaze is caused by a methane seep beneath the river bed, which leaks bubbles to the surface and feeds the flames. Such seeps are known to occur naturally near coals seams, which produce methane.

This is Bloody Crazy!

[embed]https://www.youtube.com/watch?time_continue=89&v=NvJAKVnK4qM[/embed] This particular seep has been blamed on recent mining activity in the region, which is known to destabilize underground structures. The bubbling in the Condamine River began in 2012, and local environmental groups raised concerns that Coal Seam Gas (CSG) wells operated by Origin Energy were responsible for the unusual phenomenon. Origin Energy is one of three energy companies that operate coal seam gas wells in the region, and released a statement saying the gas was naturally occurring. In 2012, Origin Energy also commissioned a study, which was conducted by a researcher from CSIRO, Australia's national science agency. CSIRO scientists found that coal mining was unlikely to be responsible for the recent methane seeps, although some environmental groups have called those findings into question. “The presence of the industry there has not caused that crack to occur or that fault to occur, it’s been there for aeons,” Damian Barrett, research director of the CSIRO’s onshore gas program told the Guardian. “The gas has probably been coming to the surface there for as long as people have been there.” Buckingham claims it's more than a coincidence that the Condamine River started bubbling within 12 months of a gas field expansion.

Methane seeps occur naturally — the oceans contain thousands of such seeps, each surrounded by microbes and organisms that depend on the minerals spewing from the ocean floor to survive. Between North Carolina and Massachusetts, there are some 570 seafloor cold seeps emanating methane from the sea floor. 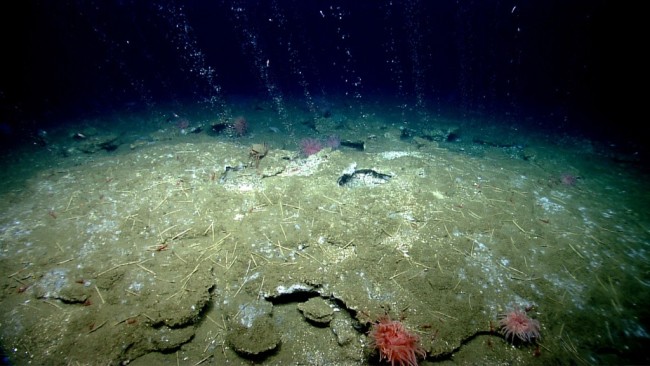 Methane bubbles from the bottom of the Atlantic Ocean. (Credit: USGS) Eternal Flame Falls, located in New York's Shale Creek Preserve, is a far more accessible demonstration of a natural gas leak. Inside a grotto at the waterfall's base, a natural gas leak can be ignited to produce a small flame that will burn year round. 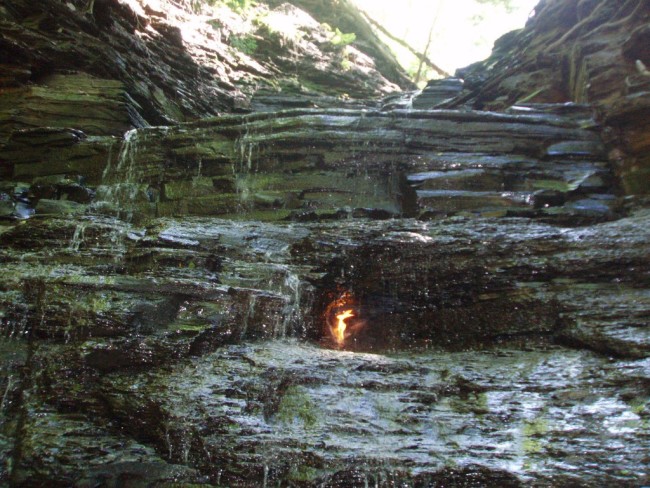 The techniques used to extract natural gas from coal seams, such as fracking, rely on breaking open subterranean coal seams to release the gas held inside. This process has been criticized for using harmful chemicals to crack open and maintain natural gas seams. Mining companies will usually inject the brine, or salty residue, that emerges from wells along with oil and natural gas back into the earth, where it could aggravate instabilities underground. The practice has also been blamed for earthquakes in some areas such as Oklahoma. Methane seeps can certainly be dangerous — the Aliso Canyon leak last year in California released around 100,000 tons of methane into the atmosphere from an underground storage facility before it was plugged. Around 2,000 people had to evacuate their homes until the leak was sealed in February. This particular seep isn't big enough at the moment to pose much of a threat to human life — unless you go around lighting matches near it of course.

New Eruption Finally Starts on the Reykjanes Peninsula in Iceland

EnvironmentSolar Panel Waste: The Dark Side of Clean Energy
Recommendations From Our Store