Is Antarctica Gaining or Losing Ice? Nature May Have Just Settled The Debate 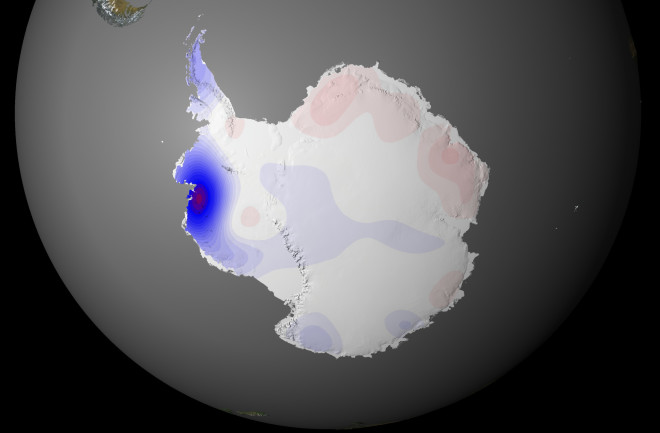 For years, scientists have debated whether heavy inland snowfall on the vast East Antarctic Ice Sheet — Earth’s largest — balances out the rapid melting in West Antarctica.

Given enough snowfall, the continent might not yet be contributing to sea level rise.

Most research shows the melt rate is so high that the continent is indeed losing ice. But in 2015, a group of NASA scientists published a controversial study that found Antarctica was instead gaining ice. The NASA team combined space- and land-based measurements and found so much snow dropping in East Antarctica that even with drastic melting elsewhere, the continent was adding some 80 billion tons of ice annually.

It contradicted prominent previous findings — including reports from the U.N.’s Intergovernmental Panel on Climate Change. The result drew global headlines and excited climate change skeptics. That’s despite warnings from the study’s lead author, NASA Goddard’s chief cryospheric scientist Jay Zwally, who predicted that melting would outpace increased snowfall in a decade or two.

For their part, a number of veteran climate scientists have challenged Zwally’s findings.

In one study published in Geophysical Research Letters earlier this month, researchers say East Antarctica is gaining three times less ice than the NASA scientists found — enough to easily tip the balance the other direction. The latest research was led by scientists at the University of Bristol and used data sets similar to those used by the NASA team, but also added in observations from the Grace spacecraft. The NASA satellite can measure minute changes in Earth’s gravitational field to watch Antarctica shed the weight of ice.

During their study period, which included data from 2003 to 2013, Antarctica as a whole added to sea level rise, they found. “In every experiment, mass loss from the west always exceeded gains in the east,” lead author Jonathan Bamber of the University of Bristol said in a media release.

Zwally says the problem is that East Antarctica is so enormous even tiny discrepancies can completely change the answer.

Zwally, himself a veteran glaciologist, says the differences stem from how teams treat the density of the ice sheet, which is thousands of feet thick, as well as how the teams analyze the slow movement of bedrock under the ice. According to Zwally, on-the-ground studies have shown that Antarctica has seen unusually heavy snowfall over the last 10,000 years. That weight burdens the ice sheet and gradually makes the ground beneath it sink. These changes have to be accounted for, he says.

“It’s a debate over the methodology, and their methodology is primitive,” Zwally says. “It’s what we were doing 15 years ago, but we’ve advanced beyond that state. We no longer have to guess at that density.”

Zwally still stands by his 2015 study, but in an interview last week, he said nature has recently changed the equation. His team is crunching numbers from the past two years, looking at ice melting and snowfall rates in Antarctica. And they found something startling.

The melt rates in West Antarctica just increased significantly. His calculations now show that the continent is in overall balance. The findings haven’t been peer reviewed yet, but he plans to present them at a science conference later this year.

“In our paper we said that might happen in two to three decades,” Zwally says. “Well, this is an unpublished result, but now we’re very close to the zero line.”