Digital money has a massive real-world carbon footprint. But sustainable alternatives are growing. 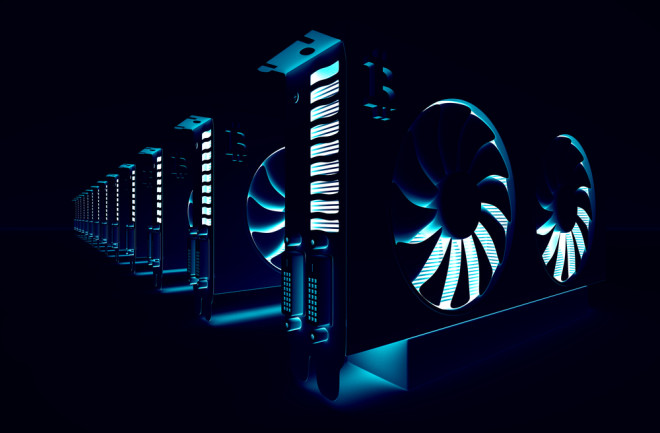 On May 12, Tesla CEO Elon Musk announced on Twitter that the company would suspend the use of Bitcoin in vehicle purchases. Musk cited concerns with the fossil fuel emissions of the mining process as the reason behind the decision.

Although Musk’s announcement came as a surprise given his history of support for Bitcoin, the sustainability issues of the cryptocurrency and other forms of decentralized digital currencies have been widely documented by scientists and researchers for years. And with the recent boom of non-fungible tokens (NFTs), unique digital assets supported by cryptocurrency blockchains like Ethereum, concerns about crypto’s environmental impact have only increased.

On the surface, it may seem unlikely that digital currencies would have significant carbon footprints. But cryptocurrency mining, the process that adds new units of crypto into circulation, is highly carbon intensive –– the entire Bitcoin network consumes more energy than many countries do annually. And as climate change continues to be a major threat, cryptocurrencies’ wastefulness is an increasing cause for concern, according to financial economist Alex De Vries.

“We have to decarbonize,” says De Vries, who runs a widely cited Bitcoin Energy Consumption Index. “That's kind of the key target that we as humanity need to achieve in the coming decades or even just the coming decade. And we can't really afford to have systems decreasing our energy efficiency now.”

The high energy consumption of cryptocurrencies like Bitcoin and Etherium is mainly attributed to the proof-of-work protocol that governs their mining and transaction processes. According to environmental economist Benjamin Jones, this proof-of-work structure rewards those that consume a huge amount of energy, most of which comes from non-renewable sources.

Cryptocurrency mining is the process of updating the public ledger of the crypto’s transactions, known as a blockchain. In a proof-of-work system, miners update the blockchain and verify transactions as legitimate by solving an arbitrary numerical puzzle for a hexadecimal solution, known as a hash. When a miner is the first to successfully mine 1 MB worth of transactions (or one block on the cryptocurrency blockchain), they are rewarded with completely new coins, generating new currency for the network. In order to be the first to solve for the hash, miners use extremely high-end and energy-intensive hardware in their computational process. As Jones describes it, this leads to a situation where people consume a vast amount of power to mine a block on the chain, but only one person is rewarded for it.

“You have a lot of wasted energy, because only one person gets rewarded for their effort but yet there could be 10,000 people who have attempted to solve for the number and all the energy is nil,” Jones says. “It was used, and it produces no value to that miner, and then you move on to the next game.”

Most Bitcoin mining facilities run off of coal-based power, so the energy consumption of mining causes significant carbon emissions. Last year, Jones researched how Bitcoin mining contributed to air pollution and human health damages. His findings indicated that in 2018, each dollar worth of Bitcoin mined cost on average 49 and 37 cents worth of climate damages in the U.S and China, respectively. During December of that year, there was a period where every dollar worth of Bitcoin in the U.S. produced exactly a $1 worth of climate damages.

Besides its enormous energy use, Bitcoin mining also generates a significant amount of electronic waste due to rapid advancements in mining hardware. Most mining hardware are chips specialized purely for mining, and become rapidly obsolete as new hardware is developed. De Vries says he estimates the Bitcoin network currently generates roughly 8.40 kilotons of e-waste annually.

“Even if the energy was completely green, let’s suppose that’s theoretically possible,” De Vries says. “These systems will still have an issue because people are using very specialized equipment.”

De Vries estimates that the overall Bitcoin network currently uses up roughly 120 terawatt-hours of energy per year and generates around 55 million metric tons of carbon dioxide per year. This enormous carbon footprint, comparable to the entire carbon footprint of Singapore, negates many gains that have been made for sustainability. For example, the adoption of electric vehicles has saved roughly 52 metric tons of CO2 per year.

Cryptocurrency mining’s carbon footprint is so large it eclipses the carbon footprint of many forms of physical mining. In 2018, Max Krause, an environmental engineer who currently works for the Environmental Protection Agency, published a paper comparing the energy costs of mining four cryptocurrencies over a two-and-a-half-year period with the mining of metals like gold, copper, platinum and aluminum.

“When we think of mining, we think of destructive or energy intensive processes,” Krause says. “So, what other commodities or minerals can we look at, and kind of compare to these cryptocurrencies as far as how much energy is consumed for the dollar value of the commodity that's created.”

Krause found that the mining of all four cryptos studied (Bitcoin, Ethereum, Litecoin and Monero) consumed more megajoules to generate one U.S. dollar worth of assets than the mining of gold and copper. Aluminum mining did consume more energy per dollar than any of the cryptos, which Krause attributes to the metal’s widespread use and cheap cost. The study estimated that over the time period researched, the four cryptocurrencies were responsible for 3-15 million tons in CO2 emissions.

As dire as Bitcoin’s environmental impact seems, there are alternative cryptocurrencies that run on a much more sustainable model. These blockchains, such as Cardano and Polkadot, utilize an alternative protocol known as proof-of-stake. This model doesn’t reward miners for the amount of computational power they exert in the way that the proof-of-work model does; instead it allows them to mine based on the proportion of coins they own. Because the energy consumed during the mining process is essentially irrelevant to the results the miners obtain, Jones says proof-of-stake currencies use only a fraction of the power of their proof-of-work counterparts.

“So the question is, are we going to transition to (proof-of-stake) and if we do, then that could begin to address some of the carbon and energy externalities and issues,” Jones says.

Recently, Ethereum announced plans to transition “in the upcoming months” to a proof-of-stake structure. This move, which doesn’t have a firm date of implementation, would massively reduce the cryptocurrencies’ current carbon footprint; according to De Vries, it has the potential to reduce Ethereum’s energy consumption by 99.9 percent and help make NFTs sustainable.

Although De Vries is hopeful for Ethereum’s future, he says currently people should consider using alternative cryptocurrencies for their NFTs, as it is unlikely the transition will occur until early next year. Meanwhile, there are no plans for Bitcoin to move to proof-of-stake, and De Vries says that if this change doesn’t occur soon the situation might require government intervention to begin regulating cryptocurrency networks. For ordinary people who are interested in using cryptocurrency, De Vries says it's important that they at least consider how these systems are negating other gains in reducing carbon emissions.

“It's a tough one,” De Vries says. “It's always a struggle. We want to do something that's right for the world, but at the same time people just want to make money."