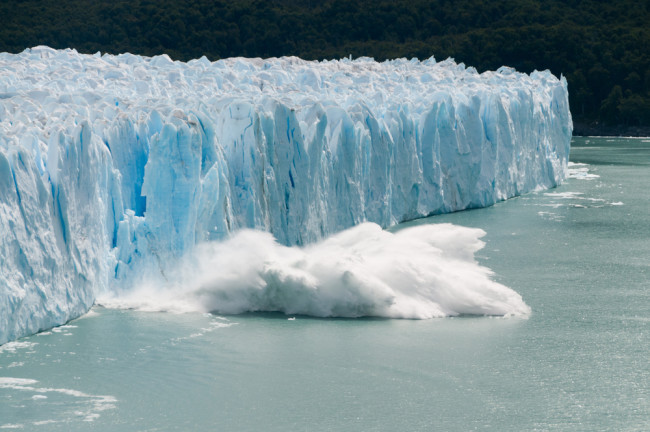 Scientists are more certain than ever before that human activity — from habitat destruction to fossil fuel burning — is behind the current pace and scope of climate change, according to a new report from the UN's climate change panel, released

earlier today. The last three decades have been the warmest 30 years since the 7th century, according to the report, and anthropogenic, or human-driven, activity has been identified as the most significant cause. Since the Industrial Revolution of the 19th century, levels of carbon dioxide and other gases have risen at rates unprecedented in the preceding 800,000 years. Human activity has been responsible for at least half of the increase in global average surface temperatures since 1950, the report concludes. The findings, by a working group of the Intergovernmental Panel on Climate Change (IPCC), are the first of four releases on the topic that will comprise the IPCC's Fifth Assessment Report.

, perhaps the most user-friendly version comes via Piers Forster, a prominent climate change researcher and IPCC contributor who reduced the dry 36-page document to 18 tweets

Ocean has absorbed 90% of energy increase, warming virtually certain since 1900.

The direction of the IPCC's report is not new: the organization has been monitoring climate change and researching how human activity influences it since the agency's inception in 1988. What is striking about today's report is the increase in data and improvements in observational methods that have allowed the group to makes its pronouncements with greater certainty than before. As reported on NPR

The more scientists study this issue, the more confident they are that human activities are changing the planet.

The Fifth Assessment Report, also known as the AR5, is the first full IPCC report since 2007. The release of the much-anticipated report puts climate change back on the front burner for both policymakers and the public, but some members of the scientific community question its ultimate utility. An editorial

in the journal Nature argues that the IPCC would better serve its purpose by issuing shorter, more timely assessments:

It is time to rethink the IPCC. The organization deserves thanks and respect from all who care about the principle of evidence-based policy-making, but the current report should be its last mega-assessment.

The IPCC releases its assessment reports over the span of about a year; today's release, formally known as the Working Group I: Physical Science Basis report, will be followed by three additional reports on related topics over the next 12 months. Image by Durk Talsma / Shutterstock

EnvironmentNASA: Last Month Was Earth’s Warmest May on Record
Recommendations From Our Store