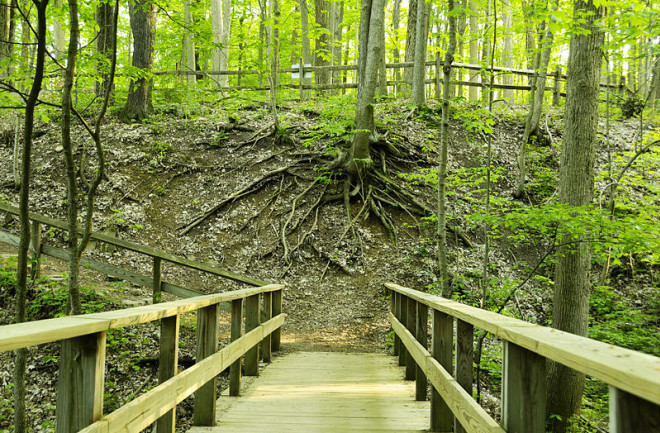 This blog post is an edited excerpt from Human Impact, a new publication from Science Connected. Edited by Kate Stone and Shayna Keyles, Human Impact delivers 17 true tales of how humanity has changed the Earth, for better or for worse. This chapter appears in Human Impact as “Act Now: Engaging in Citizen Science,” and includes contributions from Caroline Nickerson, Kristin Butler, and Julia Travers.

Citizen science is a field as broad as science itself. It can encompass advocacy, policy, education – all under-girded by rigorous scientific standards for data collection and inquiry (Cavalier, Darlene & Kennedy, Eric. (2016). The Rightful Place of Science: Citizen Science.). Citizen science is public engagement in scientific research. As Jennifer Shirk, Interim Executive Director of the Citizen Science Association, said, “Citizen science offers the power of science to everyone, and the power of everyone to science.”

Citizen scientists play a game to catch stalled blood vessels to advance Alzheimer’s research (the Stall Catchers project); make observations of birds while on a hike (the Audubon Climate Bird Watch); search for extraterrestrial life (Seti@Home) – and even more. SciStarter is a citizen science hub, connecting a community of over 100,000 citizen scientists with over 3,000 searchable projects. Projects on SciStarter are searchable by activity (looking for a project to do at home? On a hike?), age group, and other filters.

Citizen scientists in the Boulder Ridge community in Arizona documented the poor air quality in their community through citizen science, using this evidence to push for changes to improve public health. Many citizen science projects design for educational outcomes – students in the Broward County public school district in Florida access citizen science projects through a curated portal on SciStarter, thus integrating citizen science with curricular goals, and lifelong learners on iNaturalist are able to investigate the biodiversity around them through the iNaturalist community. As for policy, the future is bright. The Crowdsourcing and Citizen Science Act of 2016 in Congress was proposed to “encourage and increase the use of crowdsourcing and citizen science methods within the Federal Government to advance and accelerate scientific research, literacy, and diplomacy, and for other purposes.”

Some projects, like ISeeChange, study climate change directly, asking citizen scientists to contribute evidence of a changing climate and unusual weather events. Other projects, like FjordPhyto in Antarctica, study phytoplankton, and find evidence of climate change along the way due to increasing environmental disasters affecting all life on earth. Because citizen science allows for more data collection and a larger scope than would be possible with the traditional model of lab-based scientific inquiry, it is uniquely poised to answer the global existential questions posed by climate change.

As Justin Schell said in the intro to SciStarter’s podcast episode spotlighting ISeeChange, ISeeChange is “a way to help communities most vulnerable to the effects of climate change document weather in their own backyard and bring greater visibility to these effects through multimedia storytelling.” In this podcast, Samantha Harrington, ISeeChange’s Digital Community Manager, told SciStarter that one of ISeeChange’s mottos is “you are the expert on your own block.”

Anyone anywhere in the world can participate in ISeeChange; simply by making an account and contributing photos and descriptions of weather and climate, these citizen scientists contribute to data used by ISeeChange to draw conclusions about climate change patterns and make recommendations about resiliency work, thus making communities more likely to withstand climate change.

Amber Kleinman, one of ISeeChange’s first volunteers, also joined the SciStarter podcast. She has been documenting her community in Paonia, Colorado, since 2012, contributing at least one observation a week. As a user, Amber has been able to study change in her own backyard, as well as explore the website and “bring the scope wider and check out nationwide and worldwide [change].”

Caterpillars Count! is a citizen science project that conducts surveys of arthropods on shrubs and trees (not just caterpillars, but who can resist a good alliteration?). Anyone anywhere in the world can contribute, either by going to an existing site or creating a new site. Arthropods are an important food source for birds and other wildlife, and studying their abundance allows scientists to assess seasonal change and the impact on bird migration. Dr. Allen Hurlbert, the leader of the project, spoke to SciStarter about the project’s relationship to climate action. “There’s a gap in knowledge about how the resources birds depend on are responding to climate change, and Caterpillars Count! is addressing that gap.”

He also said that Caterpillars Count! was in the process of connecting their data to data from other citizen science projects, like eBird and iNaturalist, to assess broad impact. According to Dr. Hurlbert, Caterpillars Count! is “a great way of getting familiar with the biodiversity around us.”

This section is an edited excerpt from an article published on the SciStarter Syndicated Blog Network, written by Julia Travers.

“Hope is the thing with feathers/ That perches in the soul,” Emily Dickinson wrote. Is there hope for our feathered friends in the era of climate change? Yes, but they need our help. More than 300 North American birds will likely lose over 50 percent of their current range by 2080, according to Audubon’s Birds and Climate Change Report. This means the areas with the climate conditions birds need are shifting or disappearing. Like people, birds have to adapt to a changing climate.

Within Climate Watch, volunteers team up with coordinators to participate in two annual bird counts across the nation. The data they collect informs Audubon’s conservation decisions.

“[Climate Watch] is an opportunity to meet people in their communities and give them the opportunity to connect with nature, to learn about climate change in a way maybe they would not have [done] otherwise,”  Brooke Bateman, Audubon senior climate scientist, said. She added people respond to “what they’ve seen with their own eye.”

“I have a lot of hope,” said Bateman. “I think the next generation [is] switched on, and that there’s [going] to be more solutions… moving forward. I hope we can keep the momentum going, to really make a difference.”

This section is an edited excerpt from an article published on the SciStarter Syndicated Blog Network, written by Kristin Butler. Kristin Butler dedicates her Scuba Series in remembrance of her beloved mother, Marilyn Butler, who passed along to Kristin a deep love for science and nature along with a pair of pink scuba diving fins.

This section highlights two citizen science projects that allow divers, many of whom are hobbyists, to contribute to research.

Reef Check was founded in 1996. It enlists the help of scuba-diving citizen scientists. Using a rigorous protocol (employing transects and underwater slates), they collect data on coral reefs around the globe and on the rocky reefs and kelp forests off the coast of California.

Bear has connected with scientists from the University of Miami.  The research of these scientists, off the coast of South Africa, seems to indicate that sevengill shark population numbers in that region are increasing as great white sharks disappear from the bay.

“Citizen science is getting more and more widely accepted by the scientific community,” Bear said.

In addition to providing valuable data to understand a changing environment, both nonprofits grow communities of volunteers who care about conservation.

“Volunteering with Ocean Sanctuaries made me realize how dynamic everything is and how connected it all is,” said Stefanie Flax. In particular, she has become more aware of the impact of single use items, especially plastic. “I’m super aware of what I’m buying now because I’ve seen where it ends up,” Flax said.

For Rick Allen, a volunteer with Reef Check, the biggest personal benefits —in addition to contributing to conservation science —are the friendships he has made through Reef Check. “I came for the data, and I stayed for the relationships,” he said.

Want to make your own project?

Many projects relate to the environment and climate change, and they are searchable on the SciStarter project finder. If you observe climate change phenomena in your own community and have a unique research question you want to answer, you can create a project of your own on Anecdata.org or CitSci.org, sharing data forms with the citizen science community and inviting contributions. Any project added to these websites can be loaded into the SciStarter Project Finder and become a SciStarter affiliate, making it easier for other citizen scientists to find your project and help you answer research questions.

In the field of citizen science, we’re stronger when we work together. Any of these projects would be happy to work with you, and citizen scientists on SciStarter search for projects everyday that they can contribute to. Citizen science is for everyone, and mitigating climate change requires action from all of us.

More From Discover
Environment
How Scientists Are Bringing Back Sturgeons, Fish That Once Swam With Dinosaurs
Environment
The West's Worsening Infernos as Seen From Space
Environment
Just How Environmentally Friendly Is Thrifting?
Planet Earth
What Is Cell Cultured Meat and When Can You Try It?
Environment
Underwater Noise Pollution Could Damage Crucial Ocean Plants
Health
Are Cooking Fumes Bad for Your Health?
Recommendations From Our Store
My Science ShopCosmos: Possible Worlds
My Science ShopStrange Science
My Science ShopEinstein's Universe
My Science ShopElements Flashcards
Shop Now
Stay Curious
Join
Our List