Air pollution kills hundreds of thousands of people every year in Pakistan, yet no one was monitoring air quality. Now a group of citizen scientists is prompting change. 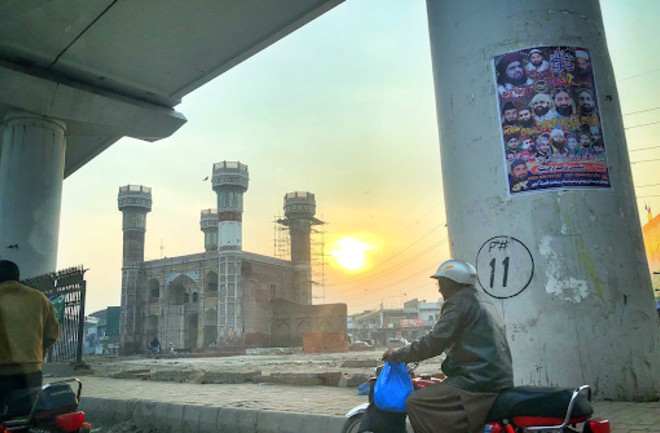 Air pollution in Pakistan in among the worst in the world. But community monitoring efforts could finally be leading to change. (Credit: Pakistan Air Quality Initiative)

Citizen Science Salon is a partnership between Discover magazine and SciStarter.org.

Air quality impacts our health, our quality of life and even the length of our lives. Most people don’t think about what’s in the air they breathe — but perhaps they should.

That’s the driving force behind the Pakistan Air Quality Initiative. The citizen science project wants to let people know what’s in their air. While living in Beijing, a city known for poor air quality, Abid Omar became curious about the air that he and the people around him were inhaling every day. He brought this curiosity with him to Pakistan.

Omar bought several air quality monitors and soon realized that the air quality around him in the city of Karachi was notably poor. In fact, it was bad enough that in other countries the government would have shut down schools and kept people inside. With further research, Omar realized that Pakistan was suffering from a lack of data. The most recent studies conducted were outdated and insufficient. The researchers had only targeted the cities of Karachi and Lahore, and they dated back to 2008 and 2011. The study focusing on Lahore used only two weeks of data. Omar realized that no one, not even the government, was monitoring Pakistan’s air quality.

Yet there was ample evidence that air pollution was causing serious health problems. The medical journal Lancet reported in 2015 that more than 310,000 deaths in Pakistan each year can be tied to poor air quality. That’s 22 percent of all annual deaths in Pakistan. On average, people living in Pakistan have their life expectancy reduced by 2.6 years due to poor air quality, with that number reaching up to roughly 5 years in the heavily-populated Punjab region, according to the Energy Policy Institute at the University of Chicago.

Omar's organization found that none of the cities they studied in Pakistan met the air quality levels set out by the National Environmental Quality Standards. And those standards suggest that the city of Lahore had 41 days where air quality should have been considered “Hazardous” (the worst possible ranking).

If better information was available and accessible, Omar thought, then people could protect themselves. They’d know which days to pass on their morning jog or wear a face mask outside. The information could save their lives.

What’s in the Air?

Using AirVisual monitors, Omar organized the Pakistan Air Quality Initiative as an air quality monitoring network. “This process would not have been possible without the help of volunteers,” he says. “Everyone was critical in locating areas to set up air monitors and setting them up. The investment required for each volunteer is fairly low. Air monitors only need to be set up. [However], the data that they provide has been paying off in numerous ways.”

Omar used to worry that the lack of action could make Pakistan’s air quality the worst in the world. And in November of 2017, that’s exactly what happened. The city of Lahore was announced to have the worst quality of air in the world, according to data collected by Omar’s organization. The levels of dangerous particulates was 30 times higher than what the Pakistani government considers safe.

Then, in the same month, citizens brought an air quality case to Pakistan’s high court. However, the government continued to deny that air quality was a problem for the region  — until data collected by the Pakistan Air Quality Initiative was used as evidence.

As a result, the government declared a national emergency for air quality in Pakistan. That change helped prompt action. The government formed a Smog Commission designed to investigate the causes of air pollution in Pakistan and to attempt to reduce smog levels.

While the government begins to address air quality in Pakistan, Omar's organization is still hard at work to achieve their goals:

What Pakistanis and People Everywhere Can Do

Forty air quality monitors are now installed in Pakistan, but it’s not enough. Ideally, hundreds of monitors would be used to collect sufficient data. Through platforms like Facebook, Twitter and the AirVisual app, the Pakistan Air Quality Initiative is making strides to access hourly information regarding local air quality.

A curious and concerned citizen led to the group's initial founding. Now, an educated and aware public is needed to make these necessary changes regarding air quality. Volunteers have been critical to the work that Omar's organization has done and will continue to do. By getting involved, volunteers have the opportunity to become more informed of these issues and to become an air quality ambassador for their own community.

Get Involved: Anyone can help monitor pollution in their home and community. Air Visual Pro will let you detect and visualize air quality levels. And a citizen science project called CanAirIo actually empowers people to build their own air quality monitors.