How Much Worry is too Much? Aussie Docs Diagnose "Climate Change Delusion" 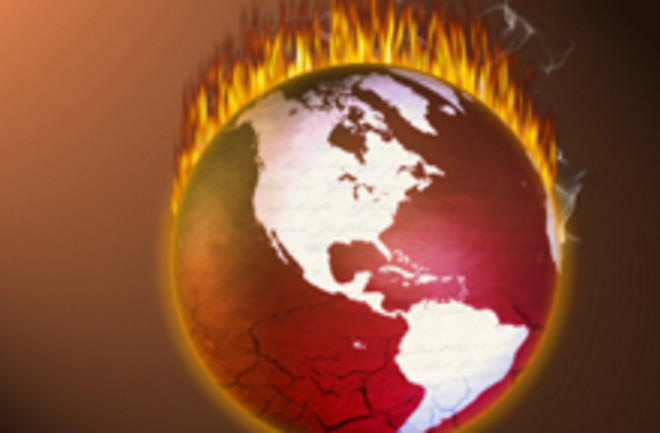 The Telegraph reports that earlier this week in Australia, doctors at Royal Children's Hospital announced that they'd diagnosed the first case of so-called "climate change delusion." Doctors Robert Salo and Josh Wolfe say a 17-year-old male had refused to drink any water out of eco-guilt—he believed his water consumption would cause the deaths of millions of people. The story seems almost too outrageous to be true, but some blogs and newspapers have jumped on the "Al Gore is literally driving people crazy" angle, and blamed media coverage of global warming for this Australian's mental condition. The scapegoating seems reminiscent of the story last month about the pregnancy pact at a Massachusetts high school (which was a hoax), when culture warriors were quick to blame films like Knocked Up and Juno for supposedly glamorizing pregnancy or single parenthood. So far, however, we haven't heard anyone blame this young man's affliction on the anti-consumption message of Wall-E. To be clear: Anyone unsettled enough to think his next drink of water would destroy humanity could probably find something else to obsess over if global warming didn't exist. As Dr. Salo told The Telegraph, this patient's panic is much like the way people "would have worried about nuclear bombs or radiation in the past." But just as climate change is very real and very dangerous, nuclear annihilation wasn't some baloney threat—one could argue that worries of nuclear war were justified, given the number of nukes that were, and still are, in existence. The real question is: How concerned should we be? Salo and Wolfe's patient went over the edge into an apocalyptic vision. But the same Telegraph story reports that 75 percent of Australians say they are fairly or very concerned about climate change. Given that Australia is seeing some of the world's most dramatic effects of global warming, that worrying is justified. Really, they'd be crazy not to. Image: iStockphoto