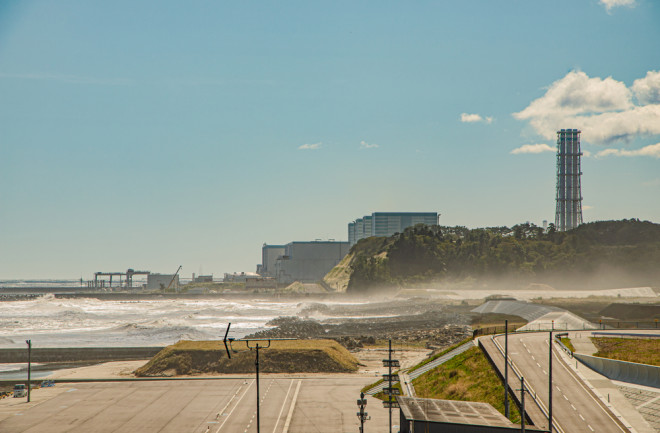 On March 11, 2011, a massive amount of energy built up as the Pacific tectonic plate pushed under the plate beneath northern Honshu, Japan, causing a magnitude 9.0 earthquake. While the epicenter was offshore, the earthquake caused a tsunami that swept into northeastern Japan, led to nearly 20,000 deaths and caused mass destruction. However, the damage didn’t end there. The massive wave disabled the Fukushima Daiichi Nuclear Power Plant, triggering a meltdown and the release of radioactive water.

According to Our World in Data, nobody died directly as a result of acute radiation exposure. But hundreds of others died because of the evacuation and stress related to the power plant. More than 100,000 people were also evacuated after the meltdown, many of whom have yet to return due to persistent levels of radioactivity.

But how long will the Fukushima Prefecture remain contaminated?

According to ongoing research by environmental radiologist Thomas Johnson at Colorado State University, many areas that experienced unsafe levels of radiocesium (cesium-137) after the meltdown have lower levels of radioactivity than parts of the world like Colorado that experience naturally high background levels. In fact, students that Johnson works with in Fukushima experience the biggest radiation exposures of their trip on their flights home when they cross near the North Pole.

Of Mice, boars, and Radiation

In 2018, Johnson and his colleagues spent two months in Japan to conduct a study on the radiation exposure in mice captured from different parts of the area affected by the 2011 meltdown.

Through the help of the Japanese Society for the Promotion of Science, they were able to get into some off-limits areas. They captured mice using traps and analyzed blood samples they extracted from the rodents at the Japanese National Institute of Health. They looked for changes in the blood of those mice that lived in areas exposed to higher levels of radiation known as “difficult to return zones” and compared them to the blood of mice found outside the impact zone.

“There’s not a lot of difference,” Johnson says, adding that the radiation was so low in many areas that it was hard to even find mice with high levels. This finding matched other research that looked at the exposure of wild boars in the area. “There just wasn’t a lot of places to find wild boar with really high radiation levels,” Johnson says.

Radiation may have negative health outcomes for individual animals that live in contaminated zones. But as other research in both Fukushima and Chernobyl have shown, the overall benefit to wildlife from not having humans around is great for healthy populations of many species. Johnson saw a lot of monkeys and other wildlife in the Fukushima Prefecture.

Past and Present contamination

This doesn’t mean there aren’t dangerous radiation levels in some areas near the Fukushima plant, however. When the meltdown was occurring, the wind was blowing toward the northwest , contaminating a valley through the mountainous region. These areas still have relatively high radioactivity.

The half-life of radiocesium is about 29 years, meaning the quantity of the radioactive material should drop by half by roughly 2041. The leftover radiation from the much larger Chernobyl disaster of 1986 roughly follows that pattern, Johnson says. But aside from being a significantly larger event, the environmental conditions around Chernobyl are very different from Fukushima. That area of Ukraine and Belarus are quite flat, meaning the radiation leaking from Chernobyl was distributed more or less evenly.

In Fukushima, the radioactive material appears to be disappearing much more quickly. The power plant was relatively near the ocean, where tides and currents would have quickly spread and carried much of the radiation away.

The On land, the Fukushima Prefecture is mountainous, meaning some areas are more affected more than others. Fukushima also has a lot of rainfall, which could be contributing to washing the radiocesiisum out of the soil. Finally, Johnson says the productive soil itself may play a role in Fukushima, where many of the roads are already overgrown after just a decade. In the general environment, the half-life seems closer to 2-4 years, he says.

While rain is contributing to the decrease in radiocesium, the decreases might not occur equally in closed systems where the water doesn’t run off. Yuko Hatano, an engineer at the University of Tsukuba in Japan, and her colleagues examined the radioactivity of Lake Omuna, a lake way north of Fukushima in Hokkaido. Lake Onuma is a high mountain lake with relatively low amounts of new water intake and runoff. Researchers had taken measurements of the water for the first few years after the disaster and found that the radioactivity declined sharply.

But the problem is, the radiocesium stopped dropping at the same rate after the initial dive. Hatano and her colleagues determined that in a closed system like Lake Onuma, the decline was still related to the half-life, and wouldn’t likely drop again for another 30 years or so.

“We can’t be immediately happy if we see that rapid decrease at that very early stage after the accident,” Hatano says.

Just the same, the levels of radioactivity in Lake Onuma have been safe enough compared to national levels other than in the period directly following the disaster.

“Both water and fish are in a safe level,” Hatano says.

For Johnson, most of the Fukushima area is safe at this point other than the areas right next to the Daiichi reactors. When people ask him how safe it is, he says: “I took my family there, I took my kids there. They thought it was one of the best experiences of their life.”