How Hot Will Climate Change Make the Earth By the Year 2100?

Our planet gets a little warmer every year. But the extent of global warming is still up to us to decide. 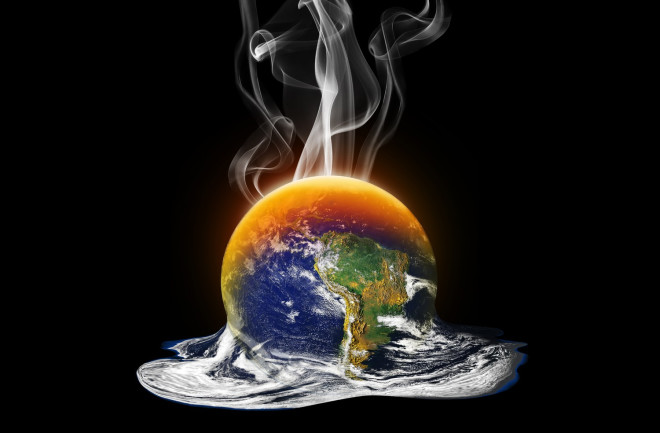 Though it was understandably lost in the tumult of more pressing events, 2020 was notable for another worrying trend: heat. From Siberia to the U.S. Southwest, temperatures came near to or broke records for warmth. It’s something that’s more norm than outlier of late — 2020 is simply another data point in a worrying trend of consistently hotter temperatures around the world.

The obvious culprit is climate change, the ongoing process of gradual warming due to human activities. As greenhouse gas emissions continue to rise, more record-breaking years are sure to come, with increasingly dangerous consequences. So, how hot is it really going to get?

The answer is twofold: It’s going to get hotter, but we don’t yet know by how much. That’s partly because the future rise in Earth’s temperatures is still up to us, to some degree. When, and how quickly, we begin curbing emissions plays a big role in the evolution of global warming. There’s still a chance, though an increasingly slim one, that we’ll halt climate change before too much damage occurs. On the other hand, inaction could result in scenarios that look downright apocalyptic.

Our best reference when talking about global warming is the Intergovernmental Panel on Climate Change (IPCC), run by the United Nations. The IPCC issues a comprehensive report on global warming about once a decade, and it’s one of the best sources for climate data and predictions. The last full report came out in 2014, and the next is scheduled for 2022. The reports are based on work by hundreds of climate scientists from around the world, and they include updates on the climate as well as predictions for the future based on sophisticated climate models.

One of the cornerstones of the report is what’s called representative concentration pathways, or RCPs. These are a few different climate scenarios based on different levels of emissions, from optimistic ones that assume we act fast, to more worrying ones that assume we do nothing. Currently, IPCC researchers say we need to keep warming to under 3.5 degrees Fahrenheit before the end of the 21st century to avoid the worst consequences of climate change.

Keeping warming under the 3.5-degree target would require the world to stick to one of the more optimistic RCP scenarios, called RCP2.6. It’s achievable if we start bending our greenhouse gas emissions downward now. (Well, technically we should have started in 2020.)

Under a more intermediate scenario, called RCP4.5, emissions begin declining in 2045. That would keep warming to between 3.5 and 5.5 degrees.

Should we fail to make any meaningful headway in reducing emissions, the planet could see warming of as much as 8.6 degrees by 2100. That number is often cited in news stories as a plausible outcome, though some climate researchers caution that it’s more of an upper bound possibility and is unlikely to occur.

The Impacts of Global Warming

In general, scientists think that the planet is going to get anywhere from 3.5 to more than 8-degrees hotter by the year 2100, but somewhere in the middle of that range is the most likely scenario. But wherever we end up in 79 years, the effects are sure to be drastic, no matter what the thermometer reads.

It’s worth remembering that the planet has already gotten about 1.5 degrees warmer since pre-industrial times, which is the most common baseline when talking about global warming. That 1.5-degree change has already caused sea levels to rise by about 7.5 inches and global ice sheets to shed 1.3 trillion tons a year. This has disrupted global weather patterns, leading to more intense storms, droughts, heat waves and other natural disasters. Even one more degree of warming could have devastating impacts.

Scientists already predict that future heat waves will endanger millions of lives around the world every year. Climate refugees are predicted to flee the world’s equator in increasing numbers, prompting worries of migrant crises in the cooler countries they move to. Coastal cities, including New York, Miami, Jakarta, Lagos and others will need to adapt, and shifting populations could permanently reshape the demographics of the U.S. and other countries.

Importantly, the global temperature changes are just averages. In some places, warming could be far more extreme. A few projects have broken down projected temperature increases on a more granular level, allowing for city-by-city comparisons of future warming. Vox, in partnership with NASA’s Jet Propulsion Laboratory and the Scripps Institution of Oceanography, used the RCP8.5 pathway to estimate temperatures across the U.S. in 2050. If our emissions don’t change, cities like New York City, Denver and Seattle could see summers that are almost 5 degrees warmer on average by 2050. Milwaukee, where Discover is located, would potentially see even larger swings.

A similar project from National Geographic and ecologist Matt Fitzpatrick also used the RCP8.5 scenario and looked at comparisons between today and the year 2070 across the world. It found multiple places where summers will be more than 10 degrees hotter on average. But those averages figures conceal the potential for extreme heat waves that are far more intense than anything we’ve experienced. Spikes in summer heat already kill people, and those sweltering periods could become both hotter and longer as emissions rise.

This isn’t the first time the Earth has warmed up, of course. There are many points throughout Earth’s history where temperatures (and carbon dioxide levels) have been higher than they are now. What sets this current era apart is the speed at which the change is happening. Temperatures are warming significantly in the course of hundreds of years instead of tens or hundreds of thousands.

Indeed, Earth has been so warm in the past that our planet had no permanent polar ice caps at all. Scientists think this kind of hothouse Earth occurs when global average temperatures exceed the high 60s. Our current average is a bit under 60 at the moment. In such a world, the tropics would be effectively unlivable for humans, and temperate climes would extend far to the north and south. If you like the heat and humidity, this is the world for you.

But transitioning to that environment in just decades would be catastrophic. Rapidly rising seas erase cities, deadly heat waves smother millions, and species around the world go extinct as they are unable to move or adapt quickly enough.

In this world, we might add another folksy adage to our climate repertoire. Just as it is the humidity, not the heat, it is the rate of change, not the magnitude, that truly matters.