From start to finish, the push for trendy, cheap clothing creates problems felt around the world. 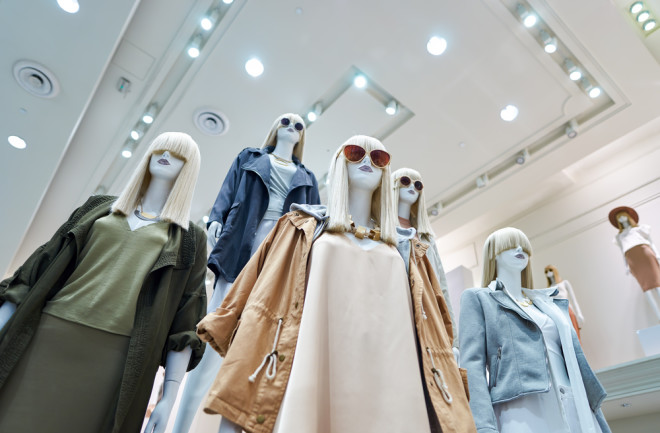 For most people shopping in America, it’s unavoidable: Fast fashion is all over the place. Though definitions may vary, this large chunk of the clothing available today includes items made and shipped as cheaply and quickly as possible. And though fast fashion puts all the latest runway trends in shopper’s baskets right away, the speed and trendiness comes with environmental and ethical consequences.“ Depending on who you're talking to, they'll be more aware of one aspect of over the other,” says Christine Ekenga, an environmental epidemiologist at Washington University in St. Louis.

And even for those who study the impacts fast fashion has, understanding exactly how much waste or environmental damage fast fashion creates is challenging. Brands and manufacturing facilities don’t often have an incentive to be transparent about their practices, says Kamyar Shirvani Moghaddam, a sustainability scientist at Deakin University in Australia. Companies hoping to make clothing as cheaply as possible for buyers in wealthier countries outsource much of the textile production and treatment process to lower-income nations, particularly those with few manufacturing and labor laws.

Additionally, producers rely on specific protocols to dye, fade, break down or mass-produce their items. When those protocols give companies a competitive retail edge, the organizations might consider them to be trade secrets and can hesitate to share finer details about how much of what ingredients are needed.

Despite these roadblocks, researchers and industry investigations have assembled a picture of all the ways fast fashion causes environmental and health problems, from the very beginning of textile production to long after we’ve forgotten about the clothing we throw away.

Some of the most dominant textiles used in fast fashion are cotton and synthetics like polyester. Cotton farming, which is water-intensive, requires pesticides and fertilizers, which runoff into rivers and lakes to create toxic conditions for wildlife. Meanwhile, polyester — which according to Greenpeace, is in about 60 percent of clothing made today — comes from the fossil fuel petroleum. Not only does the crude oil have to be extracted and refined, but the polyester fibers are slow to break down in landfills and are partially responsible for the microplastics washing out into bodies of water. Recently, microplastics showed up in 70 of 71 of sea water samples researchers pulled from the Arctic. Of the plastics found, over 67 percent was polyester fiber.

The treatments used to turn the fabrics into wearable items contribute to pollution, too. Clothing manufacturers use dyes, salts and other compounds to change fabric color and guarantee the color stays in place. The process often takes several rounds of washing — on average, just over two pounds of textiles requires almost 53 gallons of water. And though some manufacturers have begun reusing some wastewater for the repeated cycles, that’s not always the case, says Shirvani Moghaddam, a sustainability scientist at Deakin University in Australia.

Locations where clothing manufacturing labor is cheapest also tend to be locations with low safety or occupational hazard standards. “In terms of environmental justice, these are industries that are notorious for poor workplace safety practices,” says Ekenga. Employees, who are mostly women, are exposed to all the chemicals used in the manufacturing process — additives that wastewater analysis has shown to include arsenic, chromium and zinc. Breathing in dust from cotton, flax or hemp, a problem garment workers face, can lead to symptoms similar to asthma and the kind of lung inflammation smokers often deal with. Workers also cope with injuries on the job. One study in Ethiopia, for example, found that just over 40 percent of textile workers surveyed dealt with an injury in the past year, which was most often caused by a machine that damaged their hands or eyes.

There’s a Lot of Trash

Despite the pollutants, greenhouse gases and labor going into fast fashion, the products only make brief appearances in our closets. The average American gets rid of 80 pounds of clothing each year, a figure that has grown in the last decade and a half. And though some estimate up to 95 percent of wasted clothing could be recycled, over 65 percent of what Americans toss winds up in landfills.

And though the plastic fibers, dyes, leather, metal rivets and more sit in our own landfills, the U.S. also exports unwanted clothing. In 2015, we sent over $700 million dollars worth of clothing to lower-income nations. There, low-wage workers sort the clothing further, and what isn’t wanted becomes a part of the waste problem in those nations, too.

It’s tempting to say that a solution to the problems of fast fashion is to opt-out entirely — just not buy clothing made this way. But that’s not a solution for everyone. “We need to acknowledge that not everyone can afford to pay more for their clothes,” Ekenga says, though everyone can try to shop in moderation and be mindful of how much they consume.

Shoppers with the funds and capacity to sort through the brands they buy have to be wary, too. When brands try and discuss being “eco-friendly” and tout ways they’ve reduced their environmental footprint, reading the fine print can be revealing, Moghaddam says. He’s seen some brand announcements in the past, for example, that claim massive improvement in energy use. But upon a closer read, the reports only discussed power consumed in retail stores — not during production or transportation, where a majority of the pollution and energy consumption happens.

Some solutions to the harms of fast fashion have to come from brands and the manufacturers they hire. Clothing production innovations could ease damages as well. Recycling fibers — taking garments apart, re-dying them and putting them into new products — is an option, and requires more infrastructure to make returning clothes just as easy as throwing them away, Moghaddam says. Manufacturing via 3D printing, where each item is made exactly as ordered, eliminates excess and waste material that gets cut away from garments, too.

Ultimately, Moghaddam says, "we need to rethink the materials and also the process — from the beginning of cotton farming to [what ha post-consumer steps."