Insects are a vital food source for migratory birds. Scientists need help tracking how these insect populations are responding to climate change. 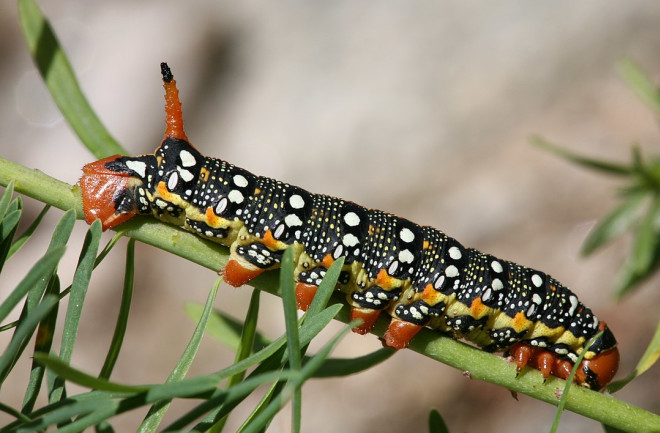 Kids and adults both coo at the sight of a crawling caterpillar. We imagine that this hungry caterpillar may flutter past someday as a beautiful butterfly. Caterpillars and other insects with segmented bodies are called arthropods. And scientists need your help with a citizen science project aimed at understanding how these insects’ populations are changing.

In 2015, biologist Allen Hurlbert of the University of North Carolina at Chapel Hill realized that, in a busy world, we tend to forget about the little things, like caterpillars and other arthropods. However, they’re very important: These little creatures keep our environment functioning, eating specific plants and serving as tasty snacks for other animals. Without them, everything is out of balance.

Yet, even as important as they are to our world, we know very little about caterpillars and arthropods.

That idea prompted Hurlbert and his team to launch a citizen science project called Caterpillars Count! The effort doesn’t just focus on caterpillars, but who can resist a good alliteration?

This citizen science project needs your help getting data to answer questions like:

Citizen Science as a Solution

From the very beginning, “It was clear that citizen scientists were going to be needed to help to answer all of these questions,” said Caterpillars Count! coordinator Sarah Yelton.

Anyone can help and get involved by participating in a survey by going outside and noting how many caterpillars and arthropods you see. You can either go to a preapproved site or set up a site of your own. Most study sites will need to have at least 25 tree or shrub branches and be monitored on at least 10 different dates. You can explore and compare different sites online.

After that, head out once a week and note all the caterpillars and arthropods you see. Nervous about identifying what you see? Online games from Caterpillars Count! can help you practice good survey and identification techniques.

How Birds Respond to Climate Change

While this citizen science project is still in its early stages, there are big plans for the data. Caterpillars Count! has already received more than 15,471 surveys from citizen scientists who have documented some 35,000 arthropods (including roughly 2,800 caterpillars). These surveys were submitted from 55 different sites around the U.S., and some 700 citizen scientists have collected data. In the future, the leaders of Caterpillars Count! hope to tie their data to other species data sets such as birds and butterflies.

“There’s a gap in knowledge about how the resources birds depend on are responding to climate change, and Caterpillars Count! can address that gap,” Hurlbert said.

Caterpillars Count! wouldn’t exist without the help of volunteers who are willing to collect data. The more data citizen scientists contribute, the closer the team is to answering their key research questions.

The team is “always looking for new and creative ways to get people involved,” Yelton said.