Historic Fire of 1910 is Revisited in New Documentary 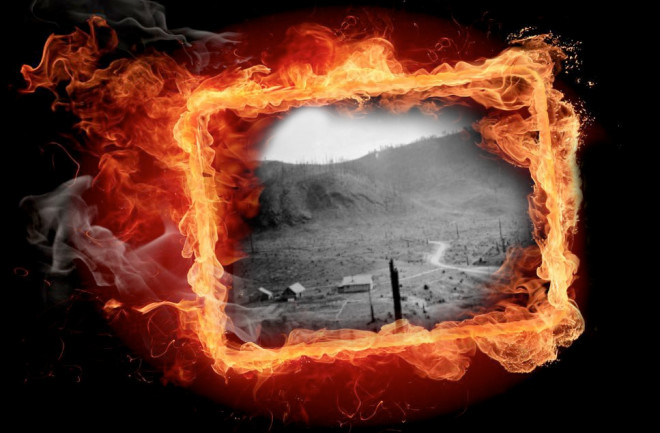 Of all the classical elements, fire is perhaps the most misunderstood. While its reputation as a force of destruction may be well deserved, it is also a force of regeneration. In forests and grasslands, fire gives life even as it takes it, waking up dormant fire-dependent seeds, replenishing soil nutrients and opening up space for new growth to take root. In recent decades, forest scientists have come to realize that most forest types historically burned at regular intervals. Fire, they have learned, is not only a natural part of a typical forest ecosystem, it’s essential to its good health.

That’s a huge departure from the way forest experts looked at wildfire in the 20th century. For 100 years or so, forest managers viewed forest fires the same way people viewed house fires: as hellish horrors to stamp out. And that’s largely because of a single, catastrophic event during the summer of 1910.

The “Big Burn,” as it became known, is one of those largely forgotten but pivotal events in American history that shaped national policy in ways that still affect us today. Now, a new PBS documentary of the same title, loosely based on the 2009 book by Timothy Egan, aims to help us remember. Airing Tuesday, Feb. 3 as part of the “American Experience” series, “The Big Burn” tells the story of a massive wildfire in the Northern Rocky Mountains that tested the mettle of the embryonic Forest Service and set the course for wildfire management for the rest of the 20th century. The conflagration burned three million acres in just 36 hours, killing scores of firefighters and incinerating large swaths of nearby towns.

The story of the wildfire, and the brave men who fought it at a time when firefighters knew little about battling such blazes, is a fascinating tale in itself. But the hour-long film, written and directed by Stephen Iver, is as compelling for its insights into frontier life and early 20^th century politics as it is for its chronicling of the fire and its influence on forest policy.

Back then, the West was still wild: The population of Taft, Montana, one of the three towns threatened by the Big Burn, consisted mostly of gamblers and prostitutes – “five for every man,” as one official noted at the time. The conservation movement was in its infancy; President Theodore Roosevelt and federal forester Gifford Pinchot had just created the first publicly owned “forest reserves,” the precursor to the national forest system. The idea, which was controversial at the time (and remains so to some), was to manage the forests for multiple uses, not just logging. The two men worried that the booming timber industry would, if left unchecked, level some of the West’s most spectacular forests. But timber barons and sympathetic congressmen fought the effort.

The Myth of Control

It’s against this backdrop that one of the wildest fires of the 20th century ignited from a lightning strike during the parched summer of 1910. In the film’s lyrical telling of the story, which relies on historical photographs, an inventive use of animation, and interviews with Egan and western historians, “flaming embers shot down from the sky” as an ad-hoc army of firefighters tried to control the fast-spreading blaze. Women and children were loaded onto trains and newly minted Forest Service ranger Ed Pulaski recruited townsmen — even convicts — to help battle the fire.

But it was a David-and-Goliath fight: Thirty-six hours after the blaze started it had consumed an area the size of Connecticut. When the winds finally died and the flames subsided, 85 people were dead, most of them firefighters. Pulaski and his men, who he forced to stay put in a mining tunnel through the night, emerged alive.

Out of the ashes of the Big Burn rose an aggressive fire-control policy. “It was almost like fire was this beast we can hunt down and eradicate,” Egan says in the film. For the next hundred years, the Forest Service put out every fire it could. Without regular small wildfires sweeping the forest floor, saplings grew into dense tree stands. Those unnaturally thick forests have fueled many of the large, super-hot fires that have swept the West in recent years.

“By putting out every fire for a hundred years, they allowed this huge build-up of standing fuel," Egan says. "You've created, indirectly, what are now some of the most catastrophic fires today."

Learning to Live With Fire

But while the Big Burn is blamed for sparking one of the federal government’s most misguided natural resource policies, it also saved the fledgling Forest Service by demonstrating the need for it. “Without the Big Burn, the Forest Service may have gone away,” notes one of the historians featured in the film. And without it, the 155 national forests that provide wildlife habitat, recreation, timber and watershed protection may have never existed.

The debt the agency owes to the Big Burn is not lost on Forest Service officials, even as they struggle to fix the damage from the misguided “stamp it out” policy forged in the fire. “A hundred years later, we must continue to work together to restore healthy forests while learning to live with fire on the land in honoring the heritage of the great fires that run deep through the nation’s history,” the agency wrote in the preface to a 2010 reprinting of “When the Mountains Roared: Stories of the 1910 Fires,” a Forest Service booklet originally published in the 1940s.

The legacy of the Big Burn is also a practical one. It spurred an important invention: A firefighting tool with a hoe on one end and an axe on the other, still used by forest firefighters today to cut and dig blaze-slowing firelines. And every time a firefighter uses that tool — the Pulaski — he or she keeps alive the memory of its namesake, the Big Burn firefighter who saved so many of his fellow men more than one hundred years ago.