This is a guest post by Jamie L. Vernon, Ph.D., a research scientist and policy wonk, who encourages the scientific community to get engaged in the policy-making process The winds of change may be a blowin’. 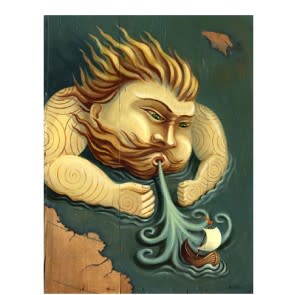 A report from Greenpeace, U.S.A. has confirmed that ExxonMobil has been funding several prominent groups that have openly challenged the science behind global warming. The report largely focuses on grants provided to Dr. Willie Soon, a prominent climate denier. It reveals an elaborate “scientific” enterprise designed to distort the science of climate change. While Greenpeace focuses on findings that support their assertion that climate denialism has been historically sponsored by "Big Coal and Big Oil," Leslie Kaufman over at the New York Times’ Green blog has uncovered a more optimistic side of the story. Kaufman reports that ExxonMobil has followed through on a promise made to shareholders in 2008 not to fund groups that have become a “distraction” in the climate debate. According to her article, ExxonMobil has cut off funding to Dr. Soon and others. I’m not quick to praise ExxonMobil for these decisions because the motivation seems to be largely due to negative press rather than a genuine commitment to environmental issues. However, I was heartened by comments from Alan Jeffers, an ExxonMobil spokesperson who said, “I am not prepared to talk about the individual grant requirements, but if their positions are distracting to how we are going to meet the energy needs of the world, then we didn’t want to fund them.” In light of the fact that several prominent Republican politicians have recently come out in support of the science behind anthropogenic global warming, it seems that the political currents may be turning in the right direction. Two of the top Republican Presidential candidates, Mitt Romney and Jon Huntsman, have individually commented that humans are contributing to the problem. In addition, popular conservative Republican and New Jersey Governor, Chris Christie, has expressed similar sentiments. It’s a good thing, too, because a recent Stanford poll reveals that the American public prefers political candidates who believe that humans have contributed to global warming and that the nation should move away from fossil fuels by investing in renewable sources of energy. I have expressed my optimism on this issue throughout my posts here at the Intersection. It seems to me that America is moving toward a political environment where we might be able to establish a green energy plan for the future. Chris, however, is much more skeptical. Let’s just hope for the best. Follow Jamie Vernon on Twitter or read occasional posts at his personal blog, “American SciCo.”