Yes, Bjorn Lomborg, the controversial Danish economist, believes that “global warming is real and man-made.” But he is convinced that we are not thinking the problem through correctly and are, in fact, lost in a kind of green fog about how best to deal with global warming and other major environmental threats. In this excerpt from his new book, Cool It, Lomborg illustrates how a major climate-related killer goes underreported, while human deaths from heat waves make front-page news.

The heat wave in Europe in early August 2003 was a catastrophe of heartbreaking proportions. With more than 3,500 dead in Paris alone, France suffered nearly 15,000 fatalities from the heat wave. Another 7,000 died in Germany, 8,000 in Spain and Italy, and 2,000 in the United Kingdom: The total death toll ran to more than 35,000. Understandably, this event has become a psychologically powerful metaphor for the frightening vision of a warmer future and our immediate need to prevent it. 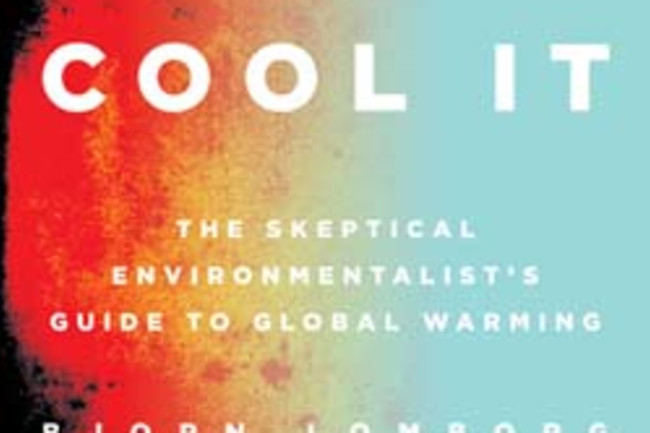 The green group Earth Policy Institute, which first totaled the deaths, tells us that as “awareness of the scale of this tragedy spreads, it is likely to generate pressure to reduce carbon emissions. For many of the millions who suffered through these record heat waves and the relatives of the tens of thousands who died, cutting carbon emissions is becoming a pressing personal issue.”

While 35,000 dead is a terrifyingly large number, all deaths should in principle be treated with equal concern. Yet this is not happening. When 2,000 people died from heat in the United Kingdom, it produced a public outcry that is still heard. However, the BBC recently ran a very quiet story telling us that deaths caused by cold weather in England and Wales for the past years have hovered around 25,000 each winter, casually adding that the winters of 1998–2000 saw about 47,000 cold deaths each year. The story then goes on to discuss how the government should make the cost of winter fuel economically bearable and how the majority of deaths are caused by strokes and heart attacks.

It is remarkable that a single heat-death episode of 35,000 from many countries can get everyone up in arms, whereas cold deaths of 25,000 to 50,000 a year in just a single country pass almost unnoticed. Of course, we want to help avoid another 2,000 dying from heat in the United Kingdom. But presumably we also want to avoid many more dying from cold.

For Europe as a whole, about 200,000 people die from excess heat each year. However, about 1.5 million Europeans die annually from excess cold. That is more than seven times the total number of heat deaths. Just in the past decade, Europe has lost about 15 million people to the cold, more than 400 times the iconic heat deaths from 2003. That we so easily neglect these deaths and so easily embrace those caused by global warming tells us of a breakdown in our sense of proportion.

How will heat and cold deaths change over the coming century with global warming? Let us for the moment assume—very unrealistically—that we will not adapt at all to the future heat. Still, the biggest cross-European cold/heat study concludes that for an increase of 3.6 degrees Fahrenheit in the average European temperatures, “our data suggest that any increases in mortality due to increased temperatures would be outweighed by much larger short-term declines in cold-related mortalities.” For Britain, it is estimated a 3.6°F increase will mean 2,000 more heat deaths but 20,000 fewer cold deaths. Likewise, another paper incorporating all studies on this issue and applying them to a broad variety of settings in both developed and developing countries found that “global warming may cause a decrease in mortality rates, especially of cardiovascular diseases.”

But of course, it seems very unrealistic and conservative to assume that we will not adapt to rising temperatures throughout the 21st century. Several recent studies have looked at adaptation in up to 28 of the biggest cities in the United States. Take Philadelphia. The optimal temperature seems to be about 80°F. In the 1960s, on days when it got significantly hotter than that (about 100°F), the death rate increased sharply. Likewise, when the temperature dropped below freezing, deaths increased sharply.

Yet something great happened in the decades following. Death rates in Philadelphia and around the country dropped in general because of better health care. But crucially, temperatures of 100°F today cause almost no excess deaths. However, people still die more because of cold weather. One of the main reasons for the lower heat susceptibility is most likely increased access to air-conditioning. Studies seem to indicate that over time and with sufficient resources, we actually learn to adapt to higher temperatures. Consequently we will experience fewer heat deaths even when temperatures rise.