Getting Personal: How I Put an Amazon Tribe on the Google Map

The Internet giant is helping a tiny indigenous group protect their land against illegal loggers. 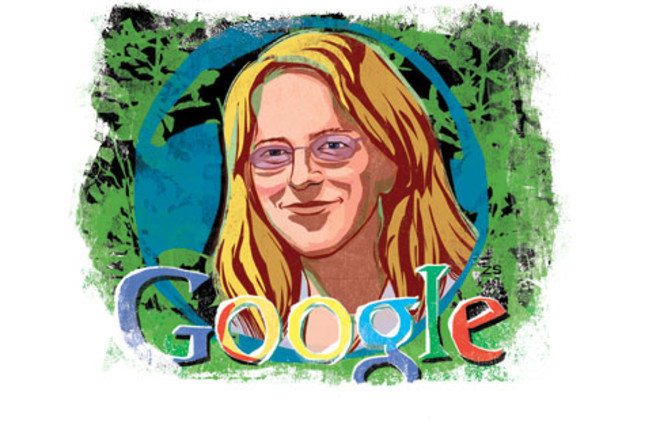 Since Rebecca Moore started Google Earth Outreach in 2005, the computer scientist has used her company’s satellite-mapping technology to mobilize the public against mountaintop-removal mining in Appalachia and genocide in Darfur. But her most rewarding philanthropic project began in June 2007, when the chief of a small Amazonian tribe walked into her office in Mountain View, California. In her own words, Moore describes the unlikely collaboration that followed and explains how it is paying major dividends for the Surui people of Brazil.

Chief Almir Narayamoga Surui was the first member of his 1,200-member tribe to go to college, and during his studies he discovered Google Earth at an Internet café. Zooming in near his home, he could clearly see that loggers were steadily encroaching on his tribe’s 1,000 square miles of lush, green Amazon rainforest. When he returned home, he urged his Surui people to resist illegal logging on their land. In response, the loggers put a $100,000 bounty on his head.

In 2007 a group called the Amazon Conservation Team stepped in to transport Chief Almir to safety in the United States. That’s when he requested a meeting at Google to see if we would come teach his people how to put themselves on the map—literally. His idea was to show the world, in a graphic way, what was happening to the forest and its inhabitants. He said it was time to put down the bow and arrow and pick up the laptop, which seemed very Google-y to me.

Over the next year, charitable groups built the Surui a computer center with satellite-based Wi-Fi, and we developed tutorials for people who had never touched a computer. We flew down in 2008 and were greeted with a two-day ceremony. We ate, we danced, and they painted us with tattoos. (At one point, I noticed that my watch had stopped—whether it was the humidity or the shamans, I don’t know.) Then we got to work. We taught the Surui how to make Google maps and embed them with blogs, photos, and YouTube videos. Their posts soon drew international attention.

In 2009 we went back with GPS-equipped Android smartphones. Now the Surui could photograph evidence of environmental crimes, put it online, and pressure authorities to enforce the laws. Apps on the phones helped the tribe take inventory of trees and calculate their carbon content.

Now the Surui are using that data to apply for the financial instrument called forest carbon offsets. In many countries, governments and corporations have to meet greenhouse gas reduction targets. Instead of solely cutting their own emissions, these institutions will also be able to pay the Surui to protect their carbon-holding trees. That could earn the tribe $30 million, enough to develop sustainable agriculture and replant 17,000 acres of trees.

What we accomplished together can become a model for tribes in Congo, in Indonesia—anywhere in the world where rainforests are under threat.

As told to Kenneth Miller