The famed scientist made lasting contributions to environmental and sustainable farming. 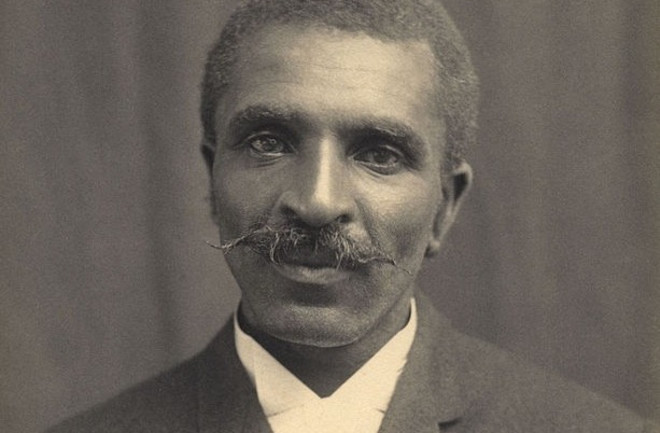 The trendy, independent farmer who delivers your weekly farm share may have more in common with George Washington Carver — a man better known today for doing strange things with peanuts — than you might realize. Yet today's environmental and sustainable farming movements owe a lot to the innovative Black scientist.

Carver was born in Missouri at the end of the Civil War. After emancipation, he was raised by the same couple, Moses and Susan Carver, who had previously owned him as a slave. He managed — not without some difficulty — to get an education. After studying art and piano at Simpson College in Indianola, Iowa, he transferred to what is now Iowa State University, earning a bachelor’s in agriculture and a master's degree.

Carver was a brilliant scientist, and his alma mater made him a generous offer of employment. But Carver wasn’t in it for the money; he had nobler goals. He wanted, he wrote in a letter to Booker T. Washington, “to be the greatest good to the greatest number of my people.” When Washington offered him a job at Tuskegee Institute (now Tuskegee University) in Macon County, Alabama, Carver jumped at the opportunity. At the time, the industrial school was fast becoming a model for preparing Black citizens for jobs in the post-Civil War economy.

When Carver arrived in Macon County, his plan was to use the agricultural science he’d learned at Iowa State to help poor, Black southern farmers overcome poverty. But he was not remotely prepared for what he found there. Carver arrived in the Deep South in October of 1896, when Jim Crow was clamping down on African Americans as the formerly enslaved people struggled to survive in the post-Reconstruction economic and social system.

He found the farmers crowded into one-room shanties with insects and weather streaming through the gaps in the walls, cotton marching right up to the doorways, nary a vegetable garden in sight. They subsisted on little more than cornmeal and salt meat. The level of poverty astonished even Carver, who’d come planning to cure it.

The soil was as impoverished as the people, due to years of cropping solely cotton, so the top priority was to enrich the soil with fertilizer and persuade the farmers to plant something besides cotton. It must have seemed like an easy fix to the idealistic young scientist. But he hadn’t reckoned with the full extent of the economic situation.

The people he set out to help were not free to adopt his methods, nor even to choose what crops they planted. Few Black farmers owned their own land. They were tenant farmers or sharecroppers, working the fields of white landowners. They either paid rent or a portion of their crop to the owners. In order to buy seed and fertilizer — and feed their families until the crop came in — they had to borrow money at extortionate rates, often paying as much as 40 percent in interest per year. They were trapped in a cycle of perpetual debt.

Even if they had a good crop year, these farmers still faced exploitation. White landowners and merchants were the ones who decided where they could sell their cotton and how much they would be paid for it. Their cotton, Carver discovered, typically sold for two to three cents a pound less than it cost to produce it. “They were just enormously vulnerable,” says Mark Hersey, Carver biographer and environmental historian at Mississippi State University. “This was not a problem that could be fixed with two-horse ploughs and new technology.”

When Carver recognized this reality, he quickly shifted gears. Rather than using commercial fertilizers, he recommended restoring the health of the soil with compost. Since few of the farmers owned animals — certainly not enough animals to provide manure for their entire crops — he taught them how to recycle nutrients from swamp muck. In addition to composting, he taught them practices like crop rotation and the use of cover crops — familiar practices today in the modern sustainable farming movement.

Carver’s approach to agriculture was not exactly new. In fact, Carver often advocated a return to the “old ways.” Still, his methods were revolutionary in the Progressive Era of the time, when “all of the forces were moving towards modernity, streamlining production, increasing yields [and] making food cheap,” explains Hersey.

But if Carver’s farming methods were in a sense revolutionary, his aim in recommending them was downright subversive. Carver was trying to create a new class of Black land-owning farmers. By following his methods, they could escape the slavery of debt and make enough profit on their crops to buy their own land. Carver was attempting nothing less than the overthrow of an economic system designed to keep Blacks subservient to whites.

That is not to say that Carver was a political activist, much less a civil rights activist. Carver biographer and scholar of African American history Gary Kremer says that “Carver never had political aspirations. He’s not a Bernie.”

What Carver was, primarily, was a conservationist. In one of the many leaflets and bulletins he wrote for farmers, he stressed the interdependence of nature, the “mutual relationship of the animal, mineral and vegetable kingdoms.” But environmental conditions, as it turned out, could not be divorced from economic conditions. Carver clearly saw the connection between land use and poverty. “Wherever soil is wasted, the people are wasted,” he wrote in a letter published in the local newspaper, the Montgomery Advertiser. “A poor soil produces only a poor people.”

Carver did not succeed at his ultimate goal. What he wanted was a new Black middle class of landowners, says Hersey. “And that, the South couldn’t have handled.” Yet Carver still has knowledge to impart not only about the interconnectedness of the living world, but about the interconnectedness of environmentalism and social justice. The lesson to be learned from Carver, says Hersey, is that “visions of environmentalism and conservation that don’t account for social inequity cannot succeed.”