Fracking: An Environmental Science Battle Playing Out in Real Time 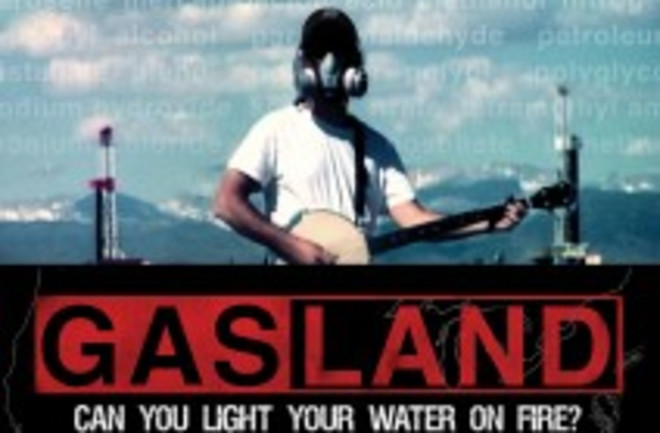 In the past half decade or more, I've covered a lot of science fights--related to vaccines, the environment, evolution, reproductive health, and many other topics. They all have a lot of parallels, things in common. One of thoses is that, at a certain point, due to political or cultural rather than scientific events, they tend to escalate.

At that point, like an intensification of artillery fire, the "scientific" claims really start flying fast and furious.

Right now, that's happening with the issue of "fracking," or hydraulic fracturing. The precipitating event is clear: Josh Fox's documentary [[Export Error -- Unsupported HTML: <em><a href='http://www.gaslandthemovie.com/' italic='true'>Gasland</a></em>.]], which is up for an Oscar tomorrow night.

One central issue: Can all the complaints being made by homeowners living near drilling sites, that suddenly they have contaminated water (which sometimes even catches on fire), be explained away somehow? Can these occurrences be natural? Coincidental? Or does this anecdotal evidence already count as something stronger--even if it is pretty hard to document in many cases precisely what is in the water, or to prove that industry is responsible for it being there?

It seems to me that what's missing, amid this furious science squabbling, is an attempt to step back and put it all in context so that one can judge where the burden of proof lies, how much we can reasonably believe at the current point in time, and how much th e remaining uncertainty cuts in critics' favor, rather than industry's. Huh. Maybe we have to wait for the EPA to release its comprehensive study on fracking and drinking water contamination--expected in 2014, if the agency still has a budget by then. Or, maybe we don't.

What do readers think?